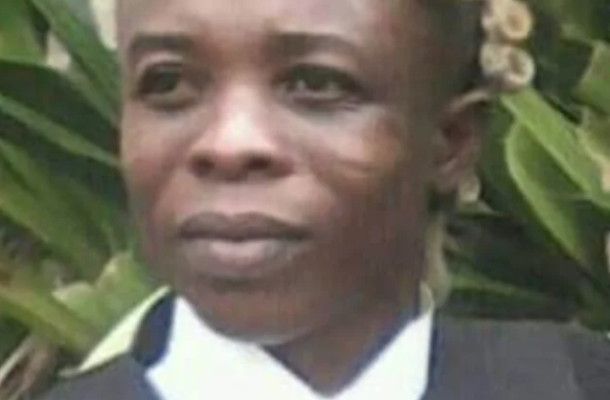 The legal practitioner was traveling from Accra to the North but was shot and killed on the Bole Bamboi Highway in a robbery attack in the early hours of Saturday, 28th May, 2022.

According to the Police reports which has been sighted by this website, the lawyer was traveling  in a Hyundai Accent saloon car with registration number GN 9890-17  which had four occupants namely Gloria Badombie, Michael Badombie, Hilarious Badombie and a bull dog.

On reaching a section of the road between Banda Nkwanta and Nuoyiri communities near 'Part 8 junction' on the Bole Bamboi highway, they encountered three armed robbers who emerged  from the bush and signaled for them to stop.

In the process of slowing down, one of the armed robbers asked if they were the  policemen and  before they could say jack, they shot several times at the car which was being driven by Richard Badombie.

The car veered off the road into the bush, hit a tree before finally coming to a halt even that the armed robbers pursued the car and attempted to open the door but the bull dog barked which scared them away as they fled the scene.

Persons who survived lodged a report with the Banda Nkwanta Police Post but when they went to the scene of the crime the robbers had bolted despite the police combing through the nearby bush.

The body of the slain lawyer Richard Badombie has been deposited at the Wenchi Methodist Hospital for preservation whiles awaiting autopsy.