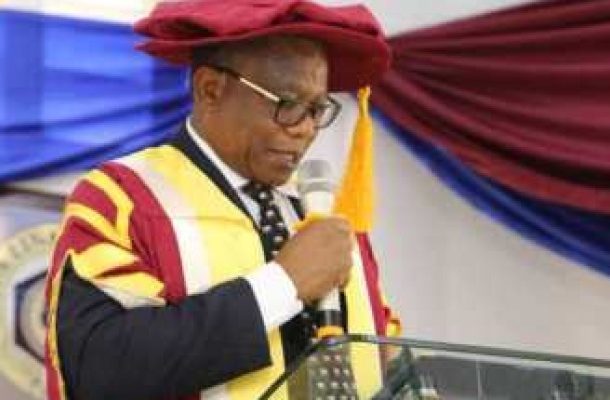 Private universities in the country are going through a very challenging phase as enrolment figures keep dropping and they struggle to pay teaching and non-teaching staff.The sharp decline in enrolment figures has been attributed to the establishment of satellite campuses across the country by public universities to whom the private universities are affiliated.This has created a situation where prospective applicants opt to enrol in a satellite campus of a public university rather than a private university based in their area.The situation has severely impacted the operations of private universities, some of which haven’t paid their staff – teaching and non-teaching – for months.Most private university colleges fund the institution and staff development from internally generated funds – and as these institutions expand and initiate more degree programmes, the cost of graduate-training increases.Founder and Executive Chairman-Council of Data Link Institute, Mr. Ernest Ansah, speaking in an interview with the B&FT during the Institute’s 9th graduation ceremony in Tema said: “Enrolment in the private universities is a sad story because the public universities have been mandated to enrol specific people for specific programmes; but now they are all over the place setting up satellite campuses, and they are doing things we the private universities are doing”.He added that: “In Tema, we have about nine (9) public universities which have set up satellite campuses and we are affiliated to them. What do you expect the students to do? They will go to them, and that is a big drain on the private universities”.To merge or not?The drop in enrolment figures is a fine thread that runs through almost all private universities. This has led to calls by some experts who believe that private universities should take a cue from the banking sector and consider merging to create stronger, world-class institutions of higher learning.Vice-Chancellor of the University of Ghana, Professor Ebenezer Oduro Owusu, in an earlier interview with the B&FT called for mergers of struggling ones to ensure quality in the country’s education system.“If some of the private universities which lack the capacity can merge to make sure we bring quality to the system, it will be in the right direction,” he noted.GETFund SupportMr. Ansah called on government to make it possible for private universities to access funds from GETFund to help them put up the needed facilities to enhance academic work.He said at the time the GETFund was introduced private universities were not many, but now “we are many and we also want to share in the national cake. It could be a loan, so it can help us construct more facilities”.President of the Institution, Professor Jacob Nortey, said the Data Link Institute’s vision of becoming a fully chartered world-class institution, within the shortest possible time, remains their focus and they have put measures in place in order to achieve this.He said the construction of their city campus, hostel and office facilities, recruitment of highly-qualified academic staff continues the effort to build academic partnerships and linkages with both local and international institutions and industries.He therefore reminded the 400 graduates not to give up on their goals, but keep holding onto their dreams no matter how long it takes.Mr. Emmanuel Okoe Adjetey, Stool Father of the Tema Traditional Council (TTC), on his part entreated government to ensure stakeholders partake in decision making of Ghana’s education sector.“There is therefore need for the total involvement of all stakeholders in formulating policies of our education sector; if education and learners are very important, then also are policies, structures, and decisions in this regard. All stakeholders must take part to ensure a strong education system,” he said.Meanwhile, some of the students who excelled in their academic performance were awarded – with Deborah Sagoe Gunnel being crowned the Overall Best Female Student; Nathaniel Ashie, Overall Best Male Student; and others in their various courses including marketing, accounting, human resource management, banking and finance, among others.thebftonline.com