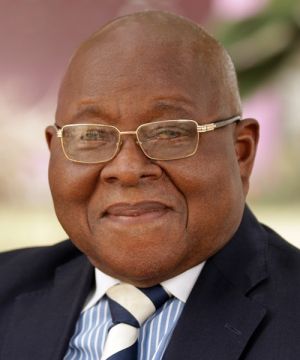 This writer feels compelled to write this piece, being a student of the military in politics - a task I set myself to for decades.

Categorically speaking, military intervention is NOT an alternative to civilian regime performance, no matter how abysmal. The democratic determination of political preference after political mandate has been given to a political party is by one mechanism ONLY – the Ballot.

A nation is either democratic and abides by this practice or it is unfit to be counted among the comity of civilised nations. You cannot serve God and mammon. You cannot have a Constitution adopted by the people and yet any time a section of the populace disagrees with policies being pursued, a coup or military take-over occurs. The only legitimate yardstick for determining the tenure of governors is the Ballot.

This is especially so where the principle of limitation of tenure is duly applied and prevails in a nation. Limitation of Tenure means the government has fixed number of years to rule. Tragically, in certain African states, leaders refuse to leave when their time is up and seek refuge in tinkering with the Constitution. This is unacceptable. The African Union and ECOWAS must stand firm against this betrayal.

Upon the above premise, this article firmly postulates that those persons who are currently against a policy of the ruling government MUST stop touting coups and exercise their right to criticise the government now and also vote against the ruling party as constitutionally provided for, in 2024. This is what makes us live under a Constitutional order.

At any given time, a number of our people may feel strongly against a policy being introduced by those elected to rule. They have the right to free speech; they have the right to demonstrate. All of such measures are guaranteed under the 1992 Constitution. This right cannot include military overthrow!

This is why no person, no matter how learned or otherwise, should responsibly utter words to the effect that if his/ her views are not taken, a coup may occur.

It further has to be said that those who have had the exposure to the principles of good governance, legality and constitutionalism should mind their words and should never make utterances which might mislead people in our underdeveloped society and economy; nor give a misplaced rationalisation to puerile military adventurers of any kind.

Those who tout coups and hope to gain the favours of coup makers in the future; those who think coups will benefit them, must learn from history. Imoro Ayarna, the CPP politician and others who conspired with Colonel Acheampong to overthrow Busia’s government hoping to have the government turned over to them, were flatly denied by Acheampong who subsequently arrested and threw them into prison for attempting a counter coup.

Never follow coup makers. Violent overthrows or revolutions always eat up their own children when they have finished ravaging their opponents. By 1992, when Rawlings metamorphosed into a civilian leader, where was Akata Poree, Chris Atim, Ndebugre, Amartey Kwei, Major Quarshigah and a host of other leading members of the Revolution? They had all been eaten up by the Revolution.

Military intervention, especially under Rawlings, destroyed indigenous Ghanaian businesses. Every successful entrepreneur was labelled a thief and the captains or industry were annihilated. Why won’t we suffer?

Mark Cofie Motors, then assembling Mazda cars in Ghana before June 4, Kowus Motors, Tata Brewery, then the largest Brewery in Africa South or the Sahara apart from South Africa, Pioneer Biscuit Co., B.A. Mensah and his Tobacco Company, Boakye Mattress who built the Police Hospital as a private hospital to be run by experts, GIHOC, GNTC, were destroyed.

Military intervention is chaotic and breeds counter-coups and allied acts of violence and abuse of human rights. What wants that? Today, under the Constitution you can protest against arrests, take up cases in the Human Rights Count, voice out your protestations and demonstrate. No military regime has ever granted this freedom guaranteed under the 1992 Constitution.

Who wants to go back to the AFRC/ PNDC days when naked women were held by soldiers and canes used to whip their naked private parts in public? Who today will like to be condemned to death or imprisonment without appropriate trial as happened to several Ghanaians? Do we seek a revisitation of the days when judges could be kidnapped in the night and murdered – all in the name of a Revolution?

Currently, all persons accused of committing a crime against the State are being tried by courts of competent jurisdiction. This is the beauty of the constitutional and democratic order we are all enjoying today.

This nation belongs to us all; and we all want accountability. Please let all responsible citizens continue to make positive suggestions and roll out reforms, policies and institutions which will ensure accountability.

The military regimes NEVER achieved this. The AFRC led by Rawlings opened AFRC Account No. 48. No one till today, could account for where several millions of cedis and dollars went. Indeed, the Account became a source of dispute between Rawlings, Boakye Gyan and others. When the Limann government decided to probe this matter further, Rawlings and others said that such measures were attempts to “betray the gains of June 4.” They therefore staged another coup – 31st December, 1981. Where is our money? Who went into government and came out owning several state lands in Cantonment and Nsawam Cannery, etc?

When soldiers capture power they only leave you free if you guarantee them immunity! While they are in office, the Auditor-General audits no account and when they leave office, they leave with immunity. Is this what we want?

I pray that Ghanaians read my books on military regimes again and refresh their memories. How can human beings be so cruel as to remove the nails of prisoners with plyers or remove the skins from their back and order them to eat same for a meal – as happened to young Goka and Kyeremeh Gyan (Boakye Gyan’s brother)?

Captain Asiedu was kidnapped from his home, taken on a flight of death in a helicopter and dropped into the ocean – for speaking ill of Rawlings! When will the people of Aburi find their Chief (Bismark) who was captured and vanished into oblivion?

Do we want a revisitation of the murder of General Acheampong, Kotei, Utuka, Felli, Amedume and others tied to the stakes and shot, without proper trial? In some cases for the offence of getting a loan to buy a house. For what reason, in the name of sanity given us by the good God, should we ever opt for such slavery because we disagree with a particular government policy? CPP or NPP or NDC or whatsoever party elected by the good people of Ghana for four years under the 1992 Constitution, we say NEVER AGAIN to coups.

Let us remember that Constitutional rule did not come on a silver platter at any time in Ghana. Have we forgotten the professional and students revolt under Acheampong? Have we forgotten how the soldiers stole the verdict under Unigav? And that the same was repeated under Rawlings? We need not repeat the wickedness in high places experienced by Ghanaians.

This is necessarily so because military regimes seek to entrench themselves while some within the very military disagree with the pathway adopted by the leaders. Since there are no arbiters no elections, the only avenue is counter-coup to remove the ruler you disagree with. It goes on ad nauseam and bloodshed becomes the order of the day.

Lt. Yeboah, Lt. Arthur and others et al, went to early graves beings victims of this inherent cancer of military intervention in politics. The joy of democracy is jaw- jaw and punishing parties at the polls where necessary and not violent overthrows.

Those to whom much has been given should not mislead their countrymen and throw this beautiful Ghana into darkness.

Military regimes have never brought economic prosperity to a nation. The military from all studies by political analysts have failed as agents of

modernisation and economic prosperity. Did you live through Acheampong’s hardship or experience the Rawlings chain?

Inevitably, the initial euphoria of military rule soon dissolves on the altar of porous economic policies with hand-picked civilians in tow, who have not been tried, tested and voted for by the populace. This happens inevitably because the military is not established nor trained institutionally to become the agents of economic transformation. In fact, no single profession is so trained.

Ghana under the 1992 Constitution has adopted a clear pathway of civil-military relations - the subordination of the military to civilian authority. This operates whether the government is NPP or NDC.

Any attempt to do otherwise is treason. And to advocate such dastardly act is treason. Responsible citizens should not tread that pathway in any civilised discourse in Ghana.

I am proud to be a Ghanaian, all problems apart. And I believe with the jaw-jaw approach, devoid of violence, we can use our God-given talents to get out of any difficulty. We should remember that in the building of nations, several ups and downs have occurred. But with unity of purpose and good applications in ironing out answers to issues and the social religious and allied pillars of cohesion we have, we will always overcome and progress.

Ghana is a harmonious state. In Ghana, the Chief Imam donates to the building of Christian cathedral. In many homes, (including mine), you have a cocktail of many tribes living in peace as family and as Ghanaians – freely naturally and by choice.

Despite the sharp political differences between the NPP and NDC, there are excellent personal friendships and very often romance and marriages., which transcend political preferences. And if you want to examine family bonds, ask the Jinapors, who both perform brilliantly on the two sides of our political divide. Let us build on these strengths!

Who are the non-appreciative characters who wish war in Ghana? In this unique nation we do not have tribal or religious conflicts which the Almighty has saved us from. Indeed, this has been fixated in concrete by our boarding school systems over the years. Ashantis and Ewes intermarry plentifully and joyfully more than meets the eye – ask J.J. Rawlings and Nana Konadu.

Religious differences are treated as mere options and Muslims share homes with Christians. Tell me the country where the Vice-President (a Muslim) reads the Bible in a Church, and the Chief Imam contributes to the building of a Cathedral?

Let us build on what we have and dismiss the war-drums beaters! God bless our homeland Ghana and make our nation great and strong.