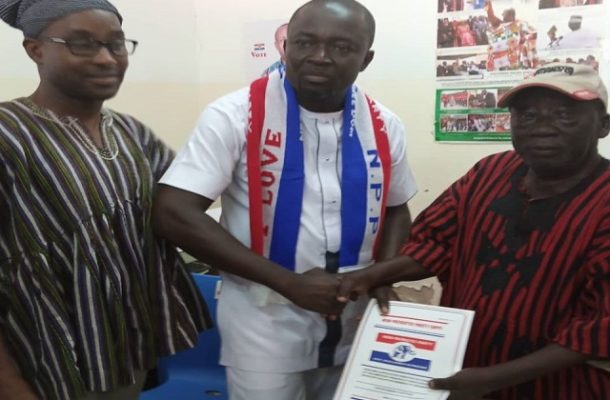 Grandson of the late Professor Albert Adu Boahen, Kofi Obeng-Mensah, has stepped into the shoes of his grandfather to contest for the Parliamentary seat of Abuakwa North Constituency in the Eastern Region on the ticket of the ruling New Patriotic Party, (NPP).

Kofi Obeng-Mensah, also a nephew of the late J.B Danquah Adu has picked his nomination form, filled and submitted over the weekend awaiting vetting.

Mr. Kofi Obeng Mensah, and two others, if cleared after vetting, will battle the incumbent Member of Parliament, Gifty Twum Ampofo who is a Deputy Minister of Education in Charge of TVET, seeking reelection for a second term.

Speaking to the media, he said, a group of people in 2012 and 2016 general elections contacted him at his residence to contest but did not avail himself as he was not interested at that time.

According to him, before he realized the said group of people had picked the forms already for him and that, he could not hesitate to contest, saying that it is time for him to help his community. 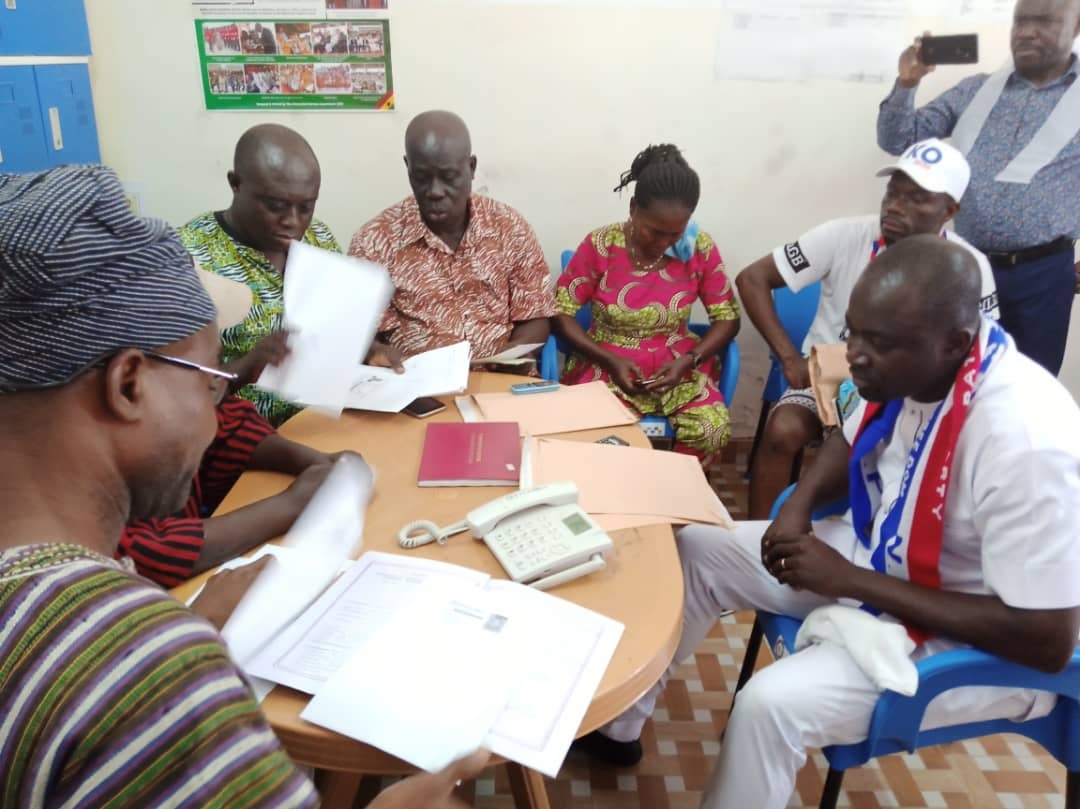 “I have filed the nominations form which was picked on my behalf by my elders. Filing it today is confirmation of my readiness to lead the party in this constituency and make them proud by winning the primaries due to the believes they have in me. I will make my campaign message known to all after the vetting process''.

He added that he is from a purely political background and has also held leadership positions and that gives him a lot of experience.

"I'm a unifier. I grew up in the community, so they know my capabilities", he emphasized.

Mr. Mensah affirmed that he is a prominent person in the area with his foundation.

He said, his family is not only interested in education but also keen on agriculture having won the best cocoa and fishing farmer in the constituency.

Mr. Kofi Obeng-Mensah is a pharmacist, head of the Enforcement and Intelligence Gathering Department of the Pharmacy Council of Ghana. He is also a pastor at the Spirit Reign Chapel, Accra.

Mr. Obeng-Mensah is a proud old student of Pope John’s Senior High School and an Alumnus of Kwame Nkrumah University of Science and Technology.