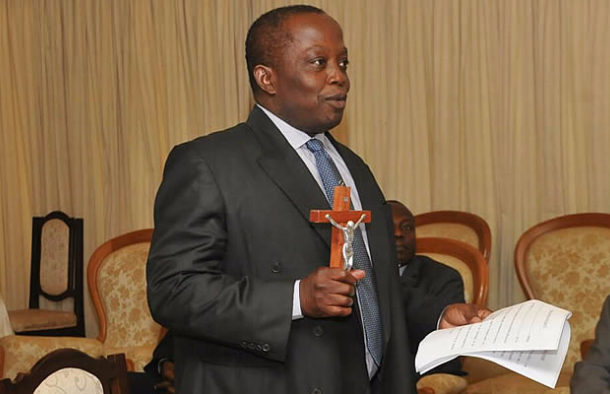 President of policy think tank IMANI Africa, Franklin Cudjoe, has called on President Akufo-Addo to immediately resolve the impasse between the Auditor-General and his board.

Daniel Domelevo is accusing his board chairman Prof.  Edward Dua-Agyeman and the board of the Audit Service of “unlawful interferences and violations” of his constitutional mandate.

He has since petitioned President Akufo-Addo to intervene over what he described as “manipulation” of procurement processes.

According to him, procurement decisions have been taken in his absence among other decisions inimical to an effective discharge of his duties.
Reacting to the development, Mr. Cudjoe said president Akufo-Addo will be shooting himself in the foot if he allows “the last pillar in the fight against graft” to be harassed.

In a Facebook post, Mr. Cudjoe said the president must “intervene and push back those unjustly baying for the Auditor-General’s blood” else he will be kissing goodbye to his fight against procurement theft.