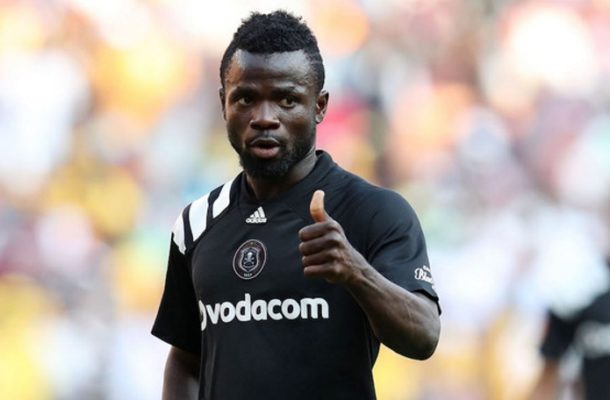 PSL giants Orlando Pirates are set to part ways with Ghanaian international Bernard Morrison as they begin rebuilding process ahead of next season.

Morrison has struggled to establish himself since joining Bucs from DRC club AS Vita.

The former AshGold attacker was magnificent for his former side AS Vita Club and his spectacular run sparked interest from the South African giants who lured him in June 2016.

Pirates have been busy in this transfer window. They have bolstered their squad with players like Abel Mabaso, Paseka Mako, Meshack Maphangule, Asavela Mbekile, Brilliant Khuzwayo, Kudakwashe Mahachi and Vincent Pule.

The club will be competing in five fronts namely the Absa Premiership, MTN 8,Telkom Knockout, Nedbank Cup and the Caf Champions League.