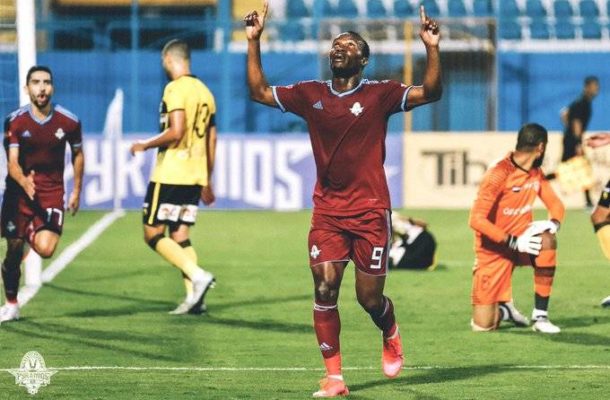 Ghanaian striker John Antwi is surplus to requirement at Egyptian Premier League side John Antwi as they seek to buy a new striker.

The Ghanaian striker has not been his usual self the last few months and was disappointing last season hence the club want to move him on.

Pyramid want to get the striker off their wage bill in order to fund the purchase of  attacker Walid Karti.

There were reports that the new coach was happy for the former Dreams FC striker to stay on at the club but it seems the club is intent on moving on the Ghanaian striker.

John Antwi who has been with the club for a while also wants a fresh challenge and is eager to move on.

The Ghanaian striker is the history books in Egypt as he is the all time foreign top scorer in the Egyptian League with 77 goals but failed to score in 16 matches last season.