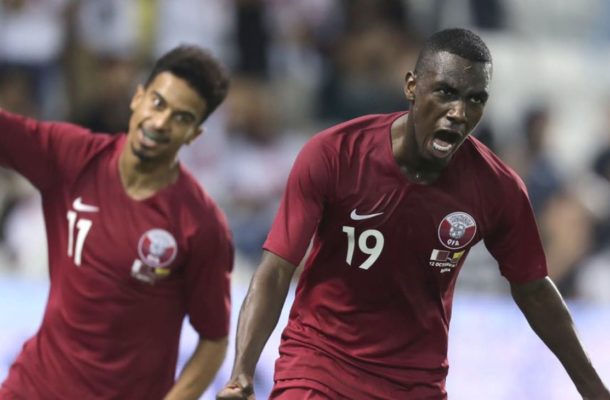 Doha: Qatar notched another win in their buildup to the AFC Asian Cup UAE 2019, defeating Jordan 2-0 in a friendly match in Doha on Sunday.


Almoez Ali gave Qatar the lead in the 31st minute and substitute Ahmad Abdelmutaal added the second in second half added time in a match which was played behind closed doors.

Qatar have been enjoying a rich vein of form in their buildup to the AFC Asian Cup, having defeated - among others - Switzerland, Ecuador and China PR in friendlies.

Qatar, who are in Group E, will face Lebanon on January 9 in their opening AFC Asian Cup UAE 2019 match. They will then face DPR Korea on January 13 before concluding their group stage campaign against three-time champions Saudi Arabia four days later.

Jordan's buildup hasn't been that smooth, having lost to Kyrgyz Republic 1-0 on December 20. Their only wins in the eight friendlies they played before facing Qatar was a 3-0 win over Cyprus and a 2-1 triumph over India.

Jordan will open their Group B campaign against defending champions Australia on January 6 and then face Syria four days later. Their final preliminary round tie is against Palestine on January 15.

The top two teams from each of the six of the groups and four best third-placed sides will advance to the Round of 16.