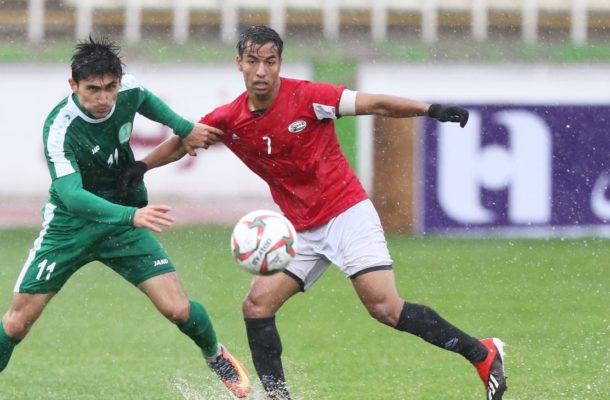 Tehran: Turkmenistan and Yemen played their final AFC U23 Championship Thailand 2020 Qualifiers Group F fixture to a 0-0 draw at the PAS Stadium on Tuesday.


Both teams were out of contention after suffering losses to Iraq and Islamic Republic of Iran, and entered the tie hoping to end their qualifying campaign on a high but neither could find their way to a goal.

Turkmenistan were the first to make a change to their attacking lineup, bringing in Shanazar Tirkishov in the 62nd minute before Yazghlych Gurbanov also joined the fray six minutes later but Yemen defended well to keep the game deadlocked.

Towards the final 10 minutes of the match, Yemen called upon Abdullah Zahrah and Anes Salem Al Maari, but they too didn't have an impact on the match as the match ended in a draw.