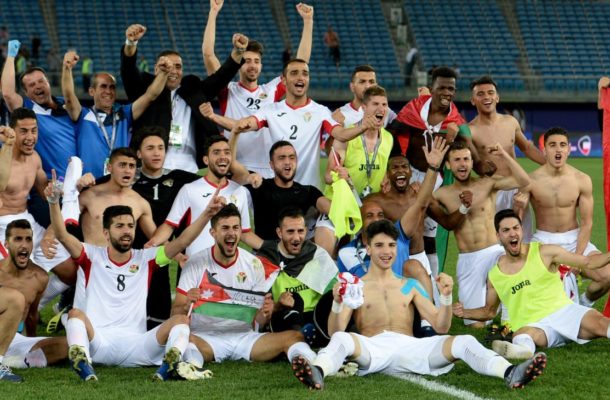 Kuwait City: Jordan qualified for the AFC U23 Championship Thailand 2020 by the finest of margins as they edged Syria on goal difference after their match ended 1-1 to seal top spot in Group E of the Qualifiers on Tuesday.


Both teams went into the final tie on six points after having defeated Kuwait and Kyrgyz Republic with Jordan ahead on goal difference.

With the stakes being so high, the match was understandably cautious with neither side willing to take unnecessary risks, which resulted in the first half ending in a stalemate.

The second half was an equally cagey affair but the match suddenly burst into life in the 76th minute when Mohammad Ziad Atieh put Jordan ahead.

The goal stung Syria into action as they instilled more aggression into their play and Abd Al Rahman Barakat drew them level in the 84th minute.

Boosted by the goal, Syria went in search of a winner but Jordan were resolute in defence as they held on to seal their spot in January's Finals thanks to having scored six to Syria's five.