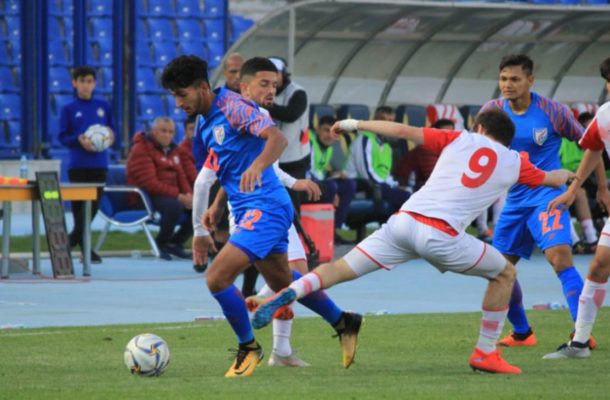 Tashkent: Tajikistan boosted their hopes and ended India's after scoring a 2-0 win in their AFC U23 Championship Thailand 2020 Qualifiers Group F match at the Pakhtakor Central Stadium on Sunday.


Tajikistan join Uzbekistan at the top of the standings with a win each, while India ended their qualifying campaign without a point.

Tajikistan will face defending champions Uzbekistan on Tuesday to decide the group winners.

Tajikistan took time to settle against their opponents, opening their account at the half hour mark through Daler Yodgorov as they took a 1-0 lead into the break.

India, who lost 3-0 to Uzbekistan on Matchday One, found the equaliser elusive in the second half and Sharafjhon Solehov ended their campaign with his effort in the 85th minute as Tajikistan moved to within a win of sealing an automatic berth in next January's Finals.