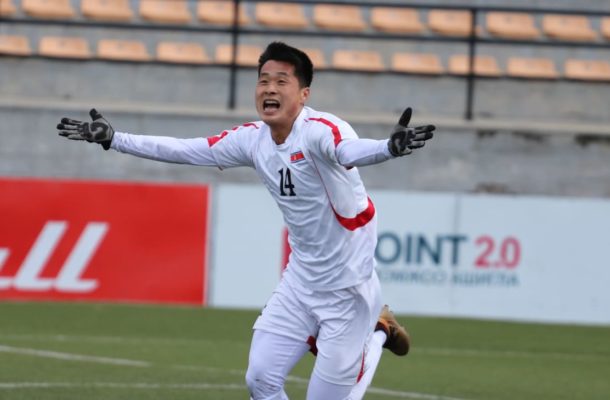 Ulaanbaatar: DPR Korea became the first team to seal their place in the AFC U23 Championship Thailand 2020 Finals after beating Hong Kong 2-0 to secure top spot in Group G on Tuesday.


The teams had gone into the match with identical records of four points each, with two goals scored and one conceded.

DPR Korea took early charge but it was Hong Kong who came close to opening the scoring on 11 minutes with Orr Matthew Elliot Wing Kai taking a shot from outside the box which was just inches wide of the left post.

In the 22nd minute, some nice interplay between Pak Kwang-hun and Jong Tong-chol gave the former space in front of the goalmouth but Hong Kong goalkeeper Lam Chun Kit was quick to stop the effort.

DPR Korea, however, broke the deadlock in the 42nd minute with Ri Kum-hyok's strike into the bottom right corner of the net, courtesy of Jong Tong-chol's pass into the penalty spot.

Eight minutes into the second half, Hong Kong suffered further setback when DPR Korea were awarded a penalty following Christopher Chung's tackle on Ri-hun and Jon Hyok stepped up to convert the spot-kick.

The onus was on Hong Kong to find their way back but it was tough against a high-pressing Korean side.

In the end, it was not to be as DPR Korea held on to seal the win while Hong Kong will now await the Mongolia-Singapore result to see whether they finish second in the group and possibly advance to the Finals as one for the best four runners-up.