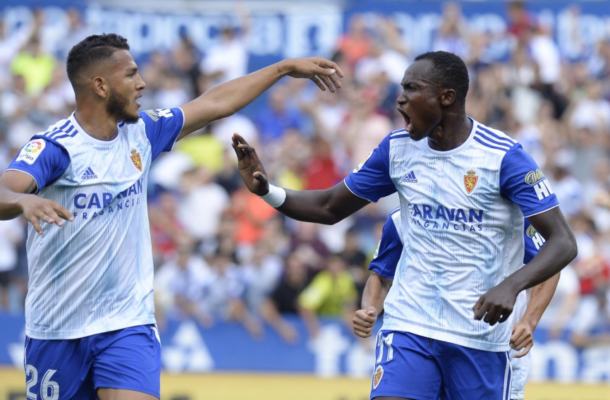 Raphael Dwamena was on target for Real Zaragoza in their 3-1 home victory over  Extremadura in the Spanish Second Division on Sunday.

He lasted for 62 minutes before he was replaced by Jorge Pombo.

The Ghanaian international broke the deadlock at the La Romareda Stadium in the 12th minute to give his side a 1-0 lead at the break.

Diego Caballo restored parity for the visitors after the recess  before late goals from Shinji Kagawa and Luis Suarez handed Real Zaragoza all the needed points.