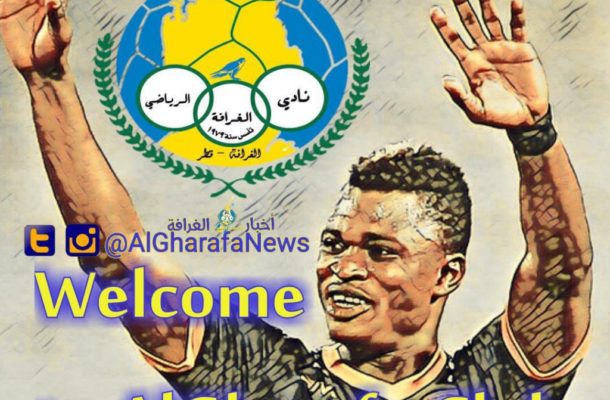 Ghana defender Rashid Sumaila has been announced by Qatar giants Al Gharafa as a new signing for the club despite the fact that the defender has not reported to the team for medical and an official unveiling.

Rashid is set to join the Qatar side on a year loan after propelling Kuwait side Al Qadsia to their 17th league title with an epic performance last season.

The 23 year old defender was a rock at the heart of Al Qadsia's defence helping them set a club record of conceding a meagre 12 goals in the Kuwaiti Viva League last season.

The composed defender's outstanding performance in Kuwait saw him emerge the best foreign-based player in the league as well as Al Qadsia's player of the season.

The Qatarian side are looking to sign the Ghanaian who has carved the niche of winning for himself  in order to compete for the league title.

The former Asante Kotoko defender boasts of an incredible track record of winning titles on his first season and would look to replicate that aura of winning at Al Gharafa.

He is expected to arrive in Qatar on Monday for his medical and official unveiling ceremony at Al Gharafa.