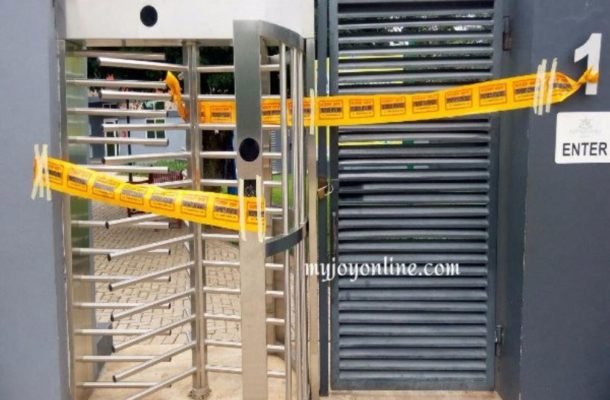 Popular amusement Rattray Park in Kumasi in the Ashanti Region has been re-opened to the public after a temporary shut-down by the Tax Division of the Ghana Revenue Authority (GRA).

The amusement park is reported to have failed to register to charge patrons Value Added Tax (VAT) on services offered since its inception hence, violating the new VAT Act 2013 (Act 870).

Luv Fm’s Erastus Asare Donkor visited the park Friday and reported that the entrance had been padlocked, and a yellow tape with the inscription "Keep off, property attached by commissioner of IRS" draped on the gate.

But speaking with Joy News Saturday, Operations Manager of the Park, Masaud Mahama, said deliberations are currently underway to register to charge VAT.

"I can confirm that yesterday, earlier in the day, the Park was closed by GRA on grounds that we did not register for VAT so we contacted them. They furnished us with details that could facilitate the registration process...so fast forward they came to reopen the Park," he said.

He said by 4 p.m. Friday evening the Park had been reopened emphasising the closure mean they are owing as there is nothing to pay for now.

"The Park was not really closed down because we were owing, we haven't registered in the first place," adding the GRA did not err in closing down the park.

"I won't say they erred in shutting down the place because if we have not registered, they are right to say so," he said.

The Park was inaugurated by the President John Dramani Mahama and Asantehene Otumfuo Nana Osei Tutu II in June 2015.

The park boasts of facilities like an artificial lake, a golf cart, WiFi connection, children's playground, a gym and a 6m² dancing fountain which is the first of its kind in the country. There are also other amenities like restaurants and cafeterias.