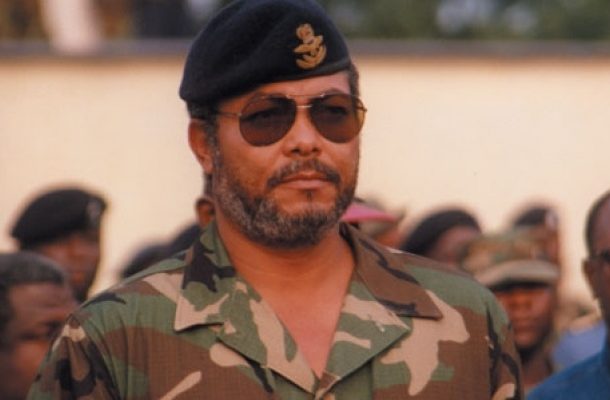 Former President Jerry John Rawlings has had his name mentioned in a ruling by an Accra High Court to refuse a bail request by defence lawyers in the trial of persons accused of plotting to overthrow the government.

The court presided over by Justice George Buadi in its ruling noted that the accused persons were lawfully arrested and have not been kept in custody unreasonable.

Defence lawyer Victor Adawudu had urged the court to grant bail assuring his clients will show up in court when needed.

State prosecutors led by Hilda Craig, Senior State Attorney, opposed the application insisting they cannot vouch for their appearance in court adding that they could interfere with investigations.

Justice Buadi noted that the senior military officer who’s among the accused could interfere with investigations.

On the junior ranked soldiers, Justice Buadi noted that Ghana’s history shows that junior ranks have overthrown the state before.

He noted that the offence they have been charged with is serious and has dire consequences.

In May 1979, some disgruntled junior military officers led by Flt. Lt. Jerry Rawlings tried to overthrow a military junta, the Supreme Military Council.

Their trial only served to make them popular till they were eventually released on the morning of June 4 by young officers and noncommissioned officers inspired by Rawlings who went on to overthrow the SMC.