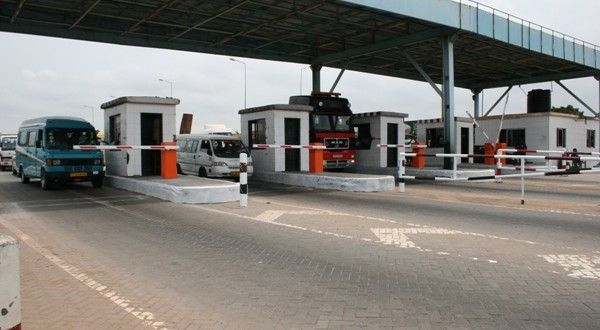 The National Development Planning Commission (NDPC), has advised the government to reopen all toll booths across the country with a state-of-the-art automated toll collection system.

According to the Commission, an efficient electronic-pass system is convenient, less time wasting and enhanced the safety of drivers thereby addressing the persisting traffic congestion at many toll collection centres.

It would also limit human contacts which formed grounds for the perceived financial malfeasance with road tolling as the surest way to shore up the revenue mobilization push to stimulate socio-economic development.

Dr. Kodjo Esseim Mensah-Abrampa, the Director-General of the Commission told the Ghana News Agency, that it was about time the government revisited the road tax system to address the revenue gap affecting the economy.

"We have suggested an electronic payment system to the government for consideration in revenue administration and mobilisation to rake in the needed revenue to facilitate development.

"We should have an electronic tollbooth payment system with inbuilt sensors linked to telephone numbers, bank accounts, and the national identity cards to give a prompt alert for payment over a certain period," Dr. Mensah-Abrampa indicated.

Mr Ken Ofori-Atta, the finance minister, during the 2022 budget presentation on the floor of Parliament abolished all tolls on public roads and bridges immediately after the Budget was approved.

According to the government, over the years, the tolling points had become unhealthy market centres, leading to heavy traffic on the roads, lengthened travel time from one place to another, environmental pollution impacted negative productivity.

Dr. Mensah-Abrampa emphasised that the cashless electronic tolling systems had served as prudent revenue mobilisation avenues in many developed economies.

Such economies had implemented cashless toll collection systems using electronic readers, such as E-ZPass to automatically charge drivers for crossing bridges and driving on roads.

Others used systems that snapped photos of license plates electronically configured, to further track travel of drivers and bill them based on those records.

Dr. Mensah-Abrampa reiterated the tremendous contribution of electronic payment systems such as the new order on fiscal consolidation, for aggressive domestic revenue mobilisation through efficient tax and non-tax revenue-generating measures.

Also, he suggested that more revenue could be mobilized on the value of property, and rates and decried Assemblies’ look warm attitude towards collecting rates fully and from all rateable properties.