Re: Would Ghana have been better today, if Nkrumah had stayed in office a little longer? 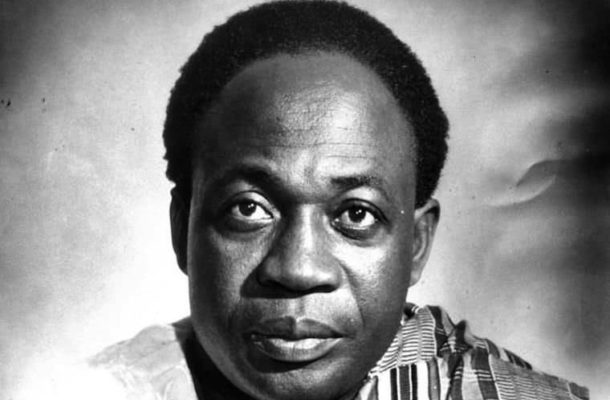 The writer of this article, Joel Savage, https://www.ghanaweb.com/GhanaHomePage/features/Would-Ghana-have-been-better-than-today-if-Nkrumah-had-stayed-in-office-a-little-longer-1320073, is right in concluding that had Nkrumah stayed in office some few years longer, Ghana would have been far better than it is today.

However, he did not adduce much evidence in support of his position, which I intend to do extempore, so don’t expect references. It is my contention, supported by the compelling evidence on the ground at the time of the coup in 1966, that had the CPP remained in office for another 5-7 years, Ghana would have taken off industrially, agriculturally, educationally, and economically and be far better off today.

As a matter of fact, Ghana was developing faster than Singapore and its per capita had caught up with that of Singapore by the time of the coup.

Everything then spiraled down until by even 2000, per capita was barely equal to that of 1960 after having fallen behind it for years. That's, the quality of life of Ghanaians which was rising under the CPP fell drastically to below 1960 level for decades after the coup.

The economic problems of 1964-5, marked by shortages of so-called “essential commodities,” caused by the catastrophic price collapse of Ghana’s main foreign exchange earner then, cocoa, when the CPP’s efforts in boosting production had led to record harvests, would have been a thing of the past. Prices picked up later and it had been said that had Nkrumah luck with commodity prices that Kutu Acheampong had, he’d have turned Ghana into a paradise.

Had Nkrumah stayed in power for just another 5 years, all those factories that were being built, with competent East European staff, highly qualified Blacks from the Diaspora and the rest of Africa, to run them would have been completed and be churning out their products.

We must not forget the highly qualified British support staff still helping to run the country and some of the parastatals being set up, such as the Workers Brigade. Rather, many were abandoned just as we see Akufo Addo repeating history by abandoning projects started under the NDC.

Some were also sold off to main foreigners. Yes, sold off to even the UP people themselves. Some of those factories started making a profit from their first years, whereas Valco claimed it'd take 7 years to make a profit and therefore insisted on a tax holiday, despite the subsidized, cheap power they were buying from VRA. Never mind that they started making a profit from the first year, the cheats!

There is a book (first read it in Balme Library in ‘76) in which it was recorded how the Western diplomats were so shocked by the action of the NLC in rounding up and deporting the Eastern European staff building and manning many of those factories that they prevailed upon the junta leaders to stop the insane action. Alas, it was too late.

Their countries withdrew them in protest at the bad treatment meted out to them and millions already spent on them went to waste. The gold refinery that was 95% completed remains abandoned up to today after millions were sunk into its construction.

The silos that were being built at Tema harbor became objects of misinformation that the CPP was building a state cooking place and parents would not cook for their children anymore. Ex-President Kufuor’s pronouncement that Nkrumah was in a haste to industrialize Ghana, hence Ghana’s current challenges was just another attempt to rationalize the huge financial loss caused by the NLC which they rallied to support and advise to carry out that disastrous, nation-wrecking policy.

Apparently, judging from how projects being carried out by the erstwhile NDC regime have been recklessly abandoned, the NPP tradition has not learned any lessons from the past.

Then, the educational sector which was undergoing tremendous change, with free and compulsory basic education in the whole country introduced was abolished. Compulsory education was stopped because they claimed it infringes upon the rights of parents and kids. School blocks under construction were abandoned in many towns and villages up to today.

It happened in the primary school I went to. The B Section is under construction in order to stop the shift system introduced because compulsory education has not been constructed or completed up to today, despite the efforts of parents. We had to rally to re-roof the old one some years back. Things were bad. Up to 60 kids in one class!

Go to Legon Physics Dept.; you'd see some massive foundations of extension to Legon being built which were abandoned. So was the atomic reactor project. By now, there wouldn't be anything like dumsor in Ghana.

The educational sector was being propped up and changed to produce the skilled artisans, engineers, teachers, administrators, health personnel, etc., that Ghana needs. Everything was disrupted because Busia said if people went to school, they no longer wanted to farm!

Yes, not farm like peasant farmers. Educated people were rushing to the state farms and the Workers Brigade to farm. In fact, there was not enough so a lot of illiterates were employed too. Fact is, a highly educated and skilled citizenry is needed for socio-economic development and transformation. That, the human capital, is the most essential factor in development.

That’s what the Asian countries, literate and high culture countries for thousands of years, had which Ghana did not have in the 1950s and 60s. The ancestors of the mainly Chinese and Indians who fronted the transformation of Singapore built the Great Wall, invented the gun powder and canons, make fine silk and cotton cloths, build intricate irrigation systems, bridges, palaces, gardens, and the Taj Mahal! The CPP was making haste to bridge that gap but it was truncated.

As for the modernization of agriculture, the CPP was doing exactly what some said should have been done: mechanization of agric through the State Farms and Workers Brigade farms.

After the coup, one Commissioner claimed he "discovered" over 500 tractors in the bush in the North! Imagine that! None of them had snowplows, by the way; a cheap propaganda ploy against the CPP. They were shared and the massive commercial farms for which they were imported never materialized.

I do not need to write on the massive social infrastructure projects the CPP was engaged in providing. They are self-evident.

By the way, Nkrumah and the CPP saved the money that Ghana got upon independence upon the advice of Sir Arthur Lewis, father of Development Studies. The CPP got only £19m from the British when the West Africa Produce Board was disbanded to give way to the GCMB by 1953.

Sir Lewis’ infamous "anchor of safety for a rainy day" advice also led to the emergence of the NLM, as he advised that the CPP should not boost much the prices being paid to farmers in the midst of the very unpopular cutting down of swollen shot diseased trees at a time when the Korean War had led to record commodity price boom because he said it'd cause inflation. In retrospect, that was a bad advice.

The farmers should have been paid some more money after all the deprivations of the war years and the cheating by the British and AWAM firms. They voted massively for the CPP in expectation of that. The money was saved in Britain at a very low-interest rate while money was borrowed at a higher rate for projects.

The fact remains that the CPP saved that money at great cost to the political stability of the Gold Coast and the disruption to the march towards independence.