Real Madrid join in the race for 9-goals hitman 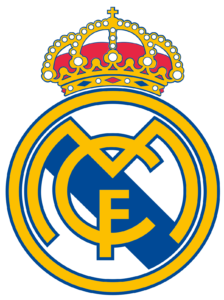 Real Madrid are reportedly monitoring Moussa Diaby, also a target for Manchester United, over a move in the summer transfer window.

According to a report by Spanish publication AS, Moussa Diaby is the subject of interest from Real Madrid over a move in the summer transfer window. The French under-21 international, who is valued at upwards of €40 million by Bayer Leverkusen, is also being tailed by Manchester United and Juventus.

Moussa Diaby joined Bayer Leverkusen from Paris Saint-Germain in the summer of 2019 and in the two seasons since then, he has gone on to establish himself as a mainstay in attack for Die Werkself, and in the ongoing campaign, crazy vegas reckons he has an impressive return of 9 goals and 12 assists in 35 appearances across all competitions.

His progress has put him on the radars of top clubs across Europe, who were set to continue closely monitor him in the Under-21 Euros before he contracted the coronavirus. Nevertheless, the list of clubs who have scouted him is not one to be taken lightly, with Manchester United and Juventus being joined by Real Madrid in his pursuit.

Manchester United have long been in search of a right-winger who can bring more dynamism to their forays in the final third. While Amad Diallo is rated quite highly and is one for the future, the Red Devils need a solution for the here and now. And, with Jadon Sancho’s pursuit continuing to be complicated, Diaby is a viable target for United, even though he is primarily a left-winger.

At Real Madrid, on the other hand, Zinedine Zidane has often been left dismayed by the output of his wide players, coupled with the fitness issues that continue to plague Eden Hazard. With Lucas Vazquez, one of Los Blancos‘most consistent players, being linked with a Bosman move away from the club in addition to a possible exit for Marco Asensio, Zidane could need two new wingers.

While Jorge de Frutos has been rumoured to be the option to replace Vazquez, another wide man is also the need of the hour, which explains the interest in Diaby. As iterated earlier, Real Madrid and Manchester United also face stiff competition from Juventus in pursuit of the 21-year-old, who is valued at upwards of €40 million by Bayer Leverkusen. If reports making rounds are anything to go by, the Old Lady are leading in the chase for his signature and betting with nz casinos, the Turin outfits are favourite.

The valuation does not seem to be excessive, but it will still be interesting to see if the three interested parties are prepared to fork out such a sum. For now, though, it looks like Diaby is starting to become a hot property in the transfer market, with Real Madrid joining Manchester United and Juventus in pursuit of the Frenchman.