Real Madrid pondering over the possibility of offloading Ferland Mendy 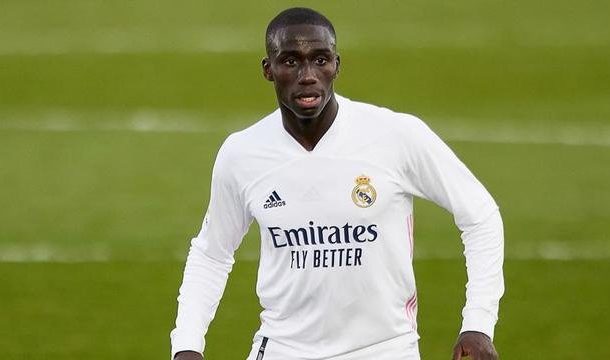 In what seems like a summer of changes at Real Madrid, there could be another potential notable exit from the Santiago Bernabeu following Sergio Ramos and Raphael Varane as the Merengues are considering selling first-choice left-back Ferland Mendy in the current transfer window, reports Fichajes.

Mendy arrived at Real Madrid in the summer of 2019 from Ligue 1 outfit Olympique Lyon. The 26-year-old had to share game-time with Marcelo in his debut season in Spain but took over as the first-choice from the veteran Brazilian defender in the previous campaign. To date, the Frenchman has made 70 appearances for Los Blancos bagging three goals and four assists.

While Mendy has been an impressive performer for Real Madrid, his situation at the club has now become a bit concerning. Indeed, after having seen Sergio Ramos leave for Paris Saint-Germain, who have been joined with Manchester City and Bayern Munich as early best uk online casinos  favourites for the new UEFA Champions League, and Raphael Varane agree a transfer to Manchester United, Mendy could be the next member of the defence that could be headed for the exit doors from the club.

This is because, as per the report, Mendy, who has a contract with Real Madrid that runs till the summer of 2025, has allegedly asked for an increase in wages. Given the current situation at the club, that is unlikely to fruition and instead, the Spanish capital giants have decided to place him on the market and extract premium value for the 26-year-old and recoup most of the €55 million that they shelled out on him.

As to where it would leave their left-back situation, Real Madrid still have Marcelo, who has been named the club captain in the wake of Ramos’ departure. The veteran Brazilian, per lecasinoenligne.co will have Miguel Gutierrez as his understudy after the youngster impressed in his handful of appearances towards the backend of the 2020/21 campaign.

And, if need be, manager Carlo Ancelotti can always call upon David Alaba, who made his name as a left-back before successfully transitioning into the role of a defensive midfielder and a centre-half. Still, it does seem a bit risky that Real Madrid would offload one of their most consistent performers from last season and entrust an ageing, injury-prone veteran and a green academy prospect.