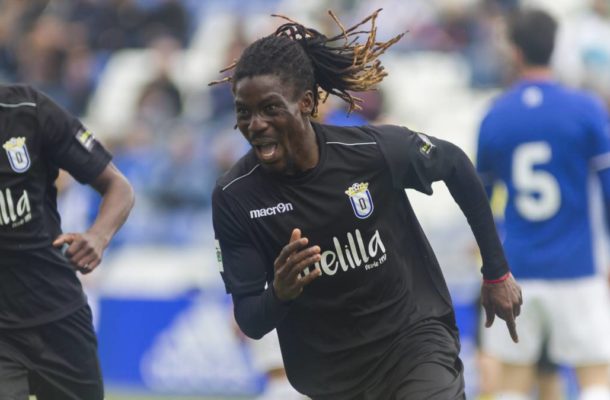 Ghana midfielder Richard Boateng has penned a heartwarming goodbye message to UD Melilla ahead of his imminent move to Spanish second-division side Real Oviedo.

The Former Liberty Professionals Star who successfully passed his medicals after agreeing personal terms with Oviedo last week, took to his twitter account to release the statement.

The 25 year old is set to be announced as the club’s second signing of the summer after the capture of Tejera.

Boateng managed 35 appearances for Melilla in the Spanish third tier in the just ended  campaign  including 25 starts, scoring an impressive 14 goals in the process- one of which was voted the best of the season in Group IV of Segunda B.