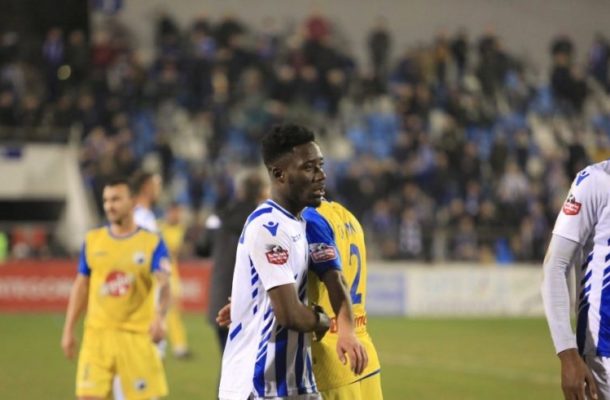 Winful Cobbina scored for the second successive game as KF Tirana beat KF Skenderbeu 2-1 on Friday in the Albanian top-flight.

Cobbina scored in additional time to save his side from losing to Luftetari last week in their 1-1 draw.

The former Hearts of Oak and Black Stars B star opened the scoring of the encounter 26 minutes into the game before compatriot Kwasi Sibo cancelled the lead in the 45th minute.

Englishman Michael Ngoo scored in the dying embers of the fixture to give KF Tirana all three points.

Cobbina now has made 19 appearances so far this season with 14 starts and has managed to score twice.

Hearts of Oak teammate Vincent Atingah also lasted the entire duration of the game for the Tirana side.