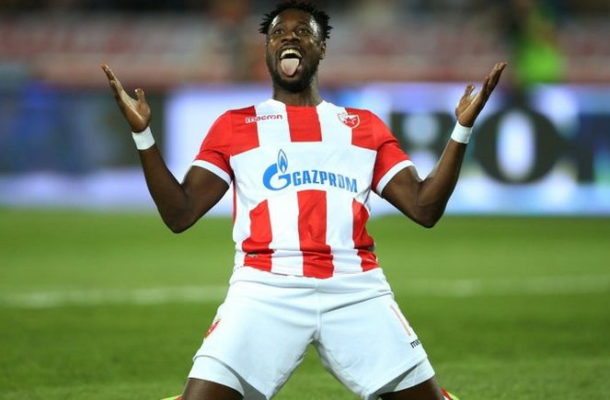 The Red Star striker could continue his career in Mexico, as Pachuk showed interest in petting Serbian champion fans.

But the Serbian champions are however not keen to release the striker for less than 4,000,000 euros, Informer has learned.

The are faced with tough decision to make on the Ghanaian as Boakye has   quickly grabbed the sympathy of new coach Dejan Stankovic, who would not have complained about having him available during the spring season.

In addition to Richmond Boaci and Milan Pavkov is allowed to go, so perhaps the latter option is more realistic.

Of course, unless Pachuca leaders agree to pay four million euros. It is difficult for the Star to let Boachi down unless he really receives a non-declining offer.

As a reminder, Boaci's interest was in the Horse, but EUR 900,000 could not satisfy the red and white.

The 26-year-old has attracted interest across Europe and Asia, and the Mexican club could be outfoxed by other competitors.
Saudi media reported that Boakye could play in Al Ittihad, which remains without Alexander Prijovic this winter, and Kansas City reportedly showed interest.