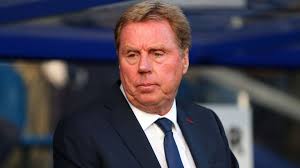 Former Premier League manager Harry Redknapp said his players bet on the result of one of their matches, according to the newspaper investigation that has seen England coach Sam Allardyce lose his job.

The Daily Telegraph's undercover reporters filmed Redknapp discussing the game although the 69-year-old later told the paper he did not think it was against FA rules at the time.

However, FA rules ban players from betting on matches they are involved in and managers are expected to report any misconduct.

The Telegraph said lawyers for Redknapp said he was not aware of players betting on the match at the time.

The newspaper did not say which club was involved.

Redknapp has denied any wrongdoing.

The newspaper's revelations have so far led to Allardyce and Barnsley assistant manager Tommy Wright losing their jobs.

Allardyce was sacked on Tuesday after the FA said he had behaved inappropriately following secret filming that showed him offering advice to businessmen on how to circumvent rules on player transfers. (Writing by Ken Ferris; Editing by Tony Jimenez)