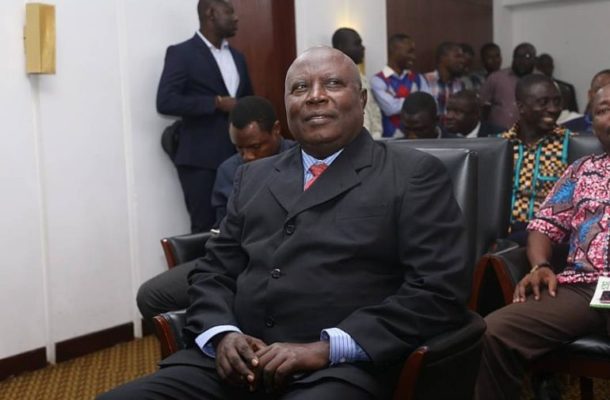 President Nana Addo Dankwa Akufo-Addo has been urged to reject the letter of resignation tabled by Special Prosecutor Martin Amidu.

Andrew Egyapa Mercer, the vice-chairman of Parliament’s Communication Committee has appealed to Nana Akufo-Addo to allow Martin Amidu conclude his works on the Agyapa Royalties deal.

Egyapa Mercer who professed his admiration and respect for Martin Amidu called on Nana Akufo-Addo to engage the Council of State and other relevant institutions to address the concerns stipulated in Amidu’s resignation letter.

“I can’t tell who should succeed Amidu as the next SP but the President should engage the Council of State or any credible institution to resolve his concerns.

“He should be allowed to further probe the Agyapa deal with the needed corporation by all the stakeholders involved in the transaction,” Egyapa Mercer emphasized on Adom FM.

He added that Amidu should have exercised some restraint and continue his fight against corruption.

“I respect him [Martin Amidu] a lot, but I think he should have exercised a bit of patience in his resignation” the MP who is also a member of Parliament’s Privileges Committee added.

He rejected claims by Martin Amidu that the government was interfering with his work.

The Sekondi MP also downplayed the significance of Amidu’s resignation on the chances of the NPP in the December 7 elections.

“Amidu’s resignation won’t affect the NPP in the upcoming elections” he said.

Two years after being confirmed as the Special Prosecutor, Martin Amidu has left his post, accusing the president of interference.