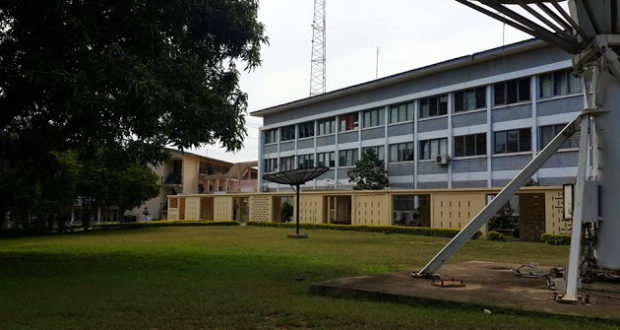 The Ghana Broadcasting Corporation (GBC) has issued a rejoinder in response to a news story which suggested that the Corporation’s TV Licence Department had been cited in an internal Audit  Draft Report with regards to the implementation of the of the TV License regime.

According management of the GBC, although some issues were raised about the TV license programme in the draft audit report, those issues were cleared up in the final report.

Below is GBC’s full statement:

Our attention has been drawn to a report carries on Citi FM and published on citifmonline.com on Thursday 14th July, 2016, relating to an Audit Draft Report on the Implementation of the TV Licence regime.

In reaction, Management of the Ghana Broadcasting Corporation (GBC) wishes to draw attention to the fact that though the Audit Draft Report raised certain issues on payments relating especially to the TV license vouchers, it must be noted that the issues raised were cleared in the Final Audit report.

GBC Management wants to draw attention to the fact that in a Draft Audit Report queries can be raised to solicit appropriate answers from the officers concerned. This is exactly what happened in this case. To that extent GBC wishes to state clearly that the final Report exonerates the TV Licence Department.

GBC is very much aware of its huge responsibility to the public both regarding its obligations as a Public Service Broadcaster and the TV License Fees, and it is determined to be very transparent in the administration, collection and use of the TV Licence revenue.

GBC is committed and will remain committed to its core responsibility of educating, informing and providing entertainment to the public in fulfillment of its public service role. Additionally in this election year, as in previous election years, GBC will provide equal opportunities and fair access to its facilities and equipment to all registered political parties and presidential candidates.