Renaming UG after J.B Danquah will be apt - Info. Minister 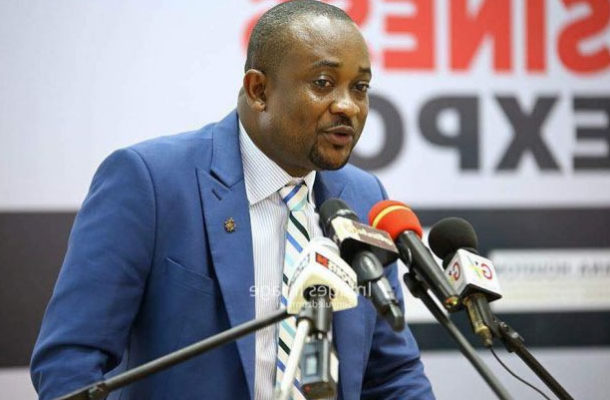 Deputy Minister of Information, Pious Enam Hadzide has said the renaming of the University of Ghana (UG) after late Ghanaian statesman, Joseph Boakye Danquah will be apt.

According to him, it will not come as a surprise to him due to the educational contribution of J.B Danquah to Ghana.

There is a general public outcry on social media over the decision to rename some tertiary institutions in the country.

During a keynote speech on Saturday, 10 August 2019 at the 4th Graduation Ceremony of the University of Energy and Natural Resources in Sunyani in the Bono Region University, President Akufo-Addo announced the institution will be named after Dr Kofi Abrefa Busia.

There have also been reports of the Akufo-Addo led government to rename UG, J.B Danquah University.

In reaction, Ghanaians on social media expressed their disagreement over the decisions.

But speaking on Accra-based Starr FM on Tuesday, 13 August 2019, about the possibility of the University of Ghana to also be renamed, Mr Hadzide said although he was not a member of the governing council he would not be surprised but rather excited if the university is named after J.B Danquah.He said: “I’ll not be surprised, I’ve done some reading and I would actually be excited that such doyen not only of African politics, not only Ghanaian politics, but indeed international politics, a true blaze as far as the amplification of the African voice is concern. I would be quite excited that the governing council will make that consideration. However, I’m not aware that at this moment that consideration is being laid I’m not a member of the board…”