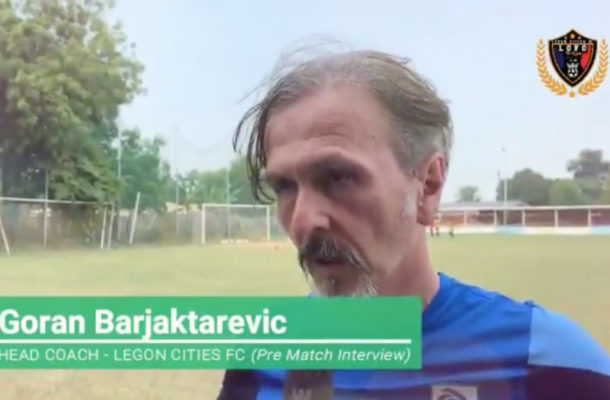 Moneybags Legon Cities have reportedly relieved Serbian trainer Goran Barjaktarevic out of his misery at the club.

The Serbian since joining the ambitious club somewhere in the 2019/2020 Ghana Premier League season has failed to convince with many pointing accusing fingers at the quality of players at the club.

But for the coronavirus pandemic the team may have been relegated as they were lying 15th on the league table just a point above Ebusua Dwarfs who were lying 16th.

After the league was truncated, owners of the club scoured the local market and augment the squad with 13 quality players with Aduana Stars Elvis Opoku, Ghana's all time top scorer Asamoah Gyan and talented youngster Mathew Anim Cudjoe among the stellar signings.

On match day one it took a penalty against Berekum Chelsea to secure a point and the club was humiliated on Friday against Great Olympics.

The Olympics results appears to be the straw that has broken the camel's back as the club's hierarchy is fed up with the Serbian's output and have decided to axe him from his role.