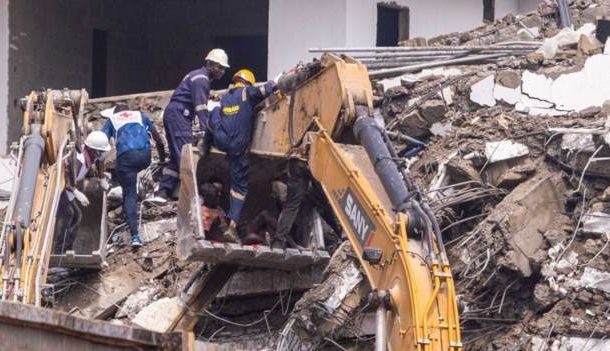 Rescuers searching the rubble of a high rise building that collapsed while under construction in the Nigerian city of Lagos, have found the body of the project’s owner.

Friends confirmed the identity of Olufemi Osibona after his remains were uncovered late on Thursday.

Mr Osibona ran Fourscore Homes, the developer of the luxury apartment block which collapsed without warning on Monday.

The full number of those who died is not yet known. The latest update was that 36 people died.

Witnesses say more than 50 people were on site when the building came down.

Only nine have been found alive.

The Nigerian authorities are investigating the cause of the collapse.