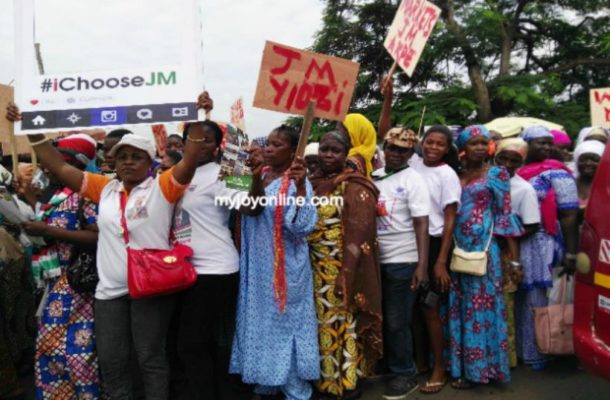 Some residents in the Volta Region paraded the streets of Ho Friday to show appreciation to President John Mahama on his development agenda for the Region.

According to the enthusiastic sympathisers, "the projects being implemented in the region have impacted positively on their livelihoods" 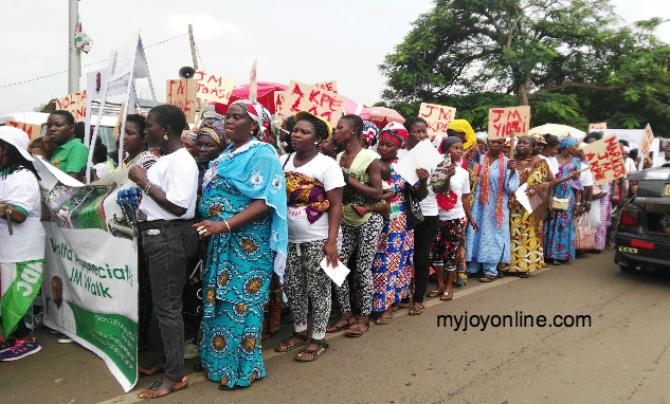 They mentioned the University of Health and Allied Sciences, the Ho aerodrome, abattoir, Ho Central market project, eastern corridor road project and the ongoing asphalt works on Ho township roads as some of the monumental project being undertaken by the Mahama-led administration.

The walk started from Freedom hotel went through the Ho central market, Dome, KK House and ended at Civic Centre.

Flyers of some ke 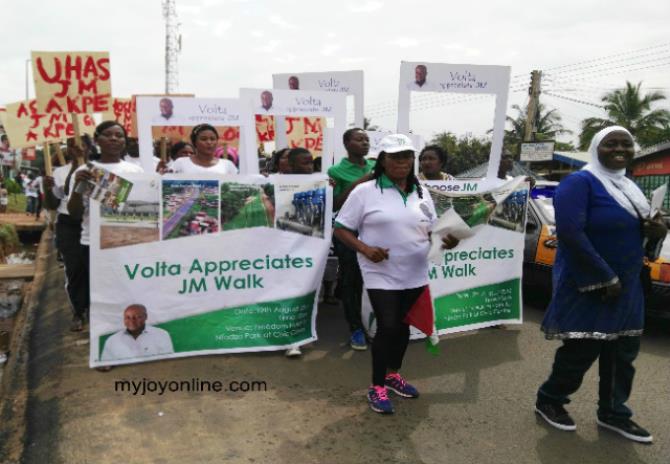 the NDC in the region.

The Coordinator of Volta Appreciates JM, Manfred Nuku-Dei said, “I have realised what the president has done for this region, it is unprecedented, it is necessary to show appreciation".â€‹

"The Bible tells us that in all things, you give thanks and that is exactly what we are doing by showing our appreciation to walk the streets Ho for the people of the Volta region to know that yes we have actually appreciated what the president is doing for this region," he added.