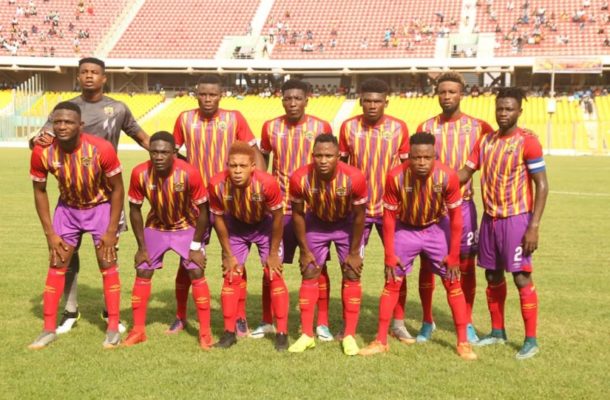 Accra Hearts of Oak are gearing up for the 2020/2021 Ghana Premier League season with preparations for the new season.

The club has gone more than a decade without winning the Ghana Premier League title after last winning it in 2009.

Since then it has been one false dawn to the other but coach Edward Nii Odoom is optimistic the new season will bring good tidings as they bid to end their Ghana League trophy drought.

Despite the departures of key players such as last season's tops corer Kofi Kordzi to Qatar and Joseph Esso leaving on a free transfer, the club have bolstered their squad with nine new faces and they are all a part of the 30 man squad Hearts will parade this season.

These players have augmented the Hearts of Oak squad that played for the club in the truncated 2019/2020 season with the exception of the few departures.

Hearts expect to register 35 players for the coming season before the transfer window finally slams shut on 31st October 2020.

Check the squad below