Revealed: Payet Played A Role In My Transfer - Ayew 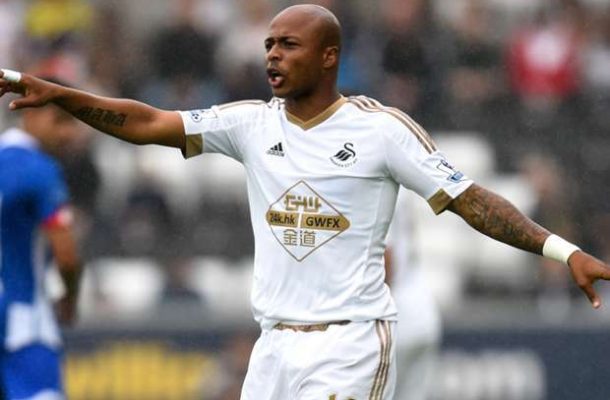 West Ham United’s record signing Andre Ayew has revealed that  former Marseille team mate Dimitri Payet played a key role in his move to the Hammers, insisting he has a great bond with him [Payet].

The deputy Ghana captain was signed a £20.7m deal with the Hammers last week to set a new club record signing since the capture of Andy Caroll in 2013 for £15m.

“We have a very good relationship, he’s a friend,” said Ayew. “I’m happy to be in the same squad as him. He’s a great player, he has great quality.

“I’m not surprised with what he did last season because I even know he is going to do more this season, he has the quality to do more.

“With him, and all the other guys who have come in, with Feghouli, I had to take my time, have a discussion with the manager, he made me understand what he wanted.”

Payet, who scored nine goals in 30 Premier League appearances last season, played with Ayew for Marseille in Ligue 1 and the new West Ham signing believes they will form a great partnership.

Ayew scored 12 top flight goals for the Swans last season but the ambition shown by West Ham persuaded him to switch to the London club.