Review: Why "Nowadays friends" are worst than feminine gender

I-Octane, I’m sure those of us who are conversant with dancehall acts particularly Jamaican knows who he is. For the sake and love of my readers, I will give a little background about him. Born as Byiome Muir better known by his stage name I-Octane. He records from Clarendon Parish in Jamaica. He is known for his unique powerful voice and spit-fire lyrics. He began his music career under the name “Richie Rich” before he was introduced to famed producer Donovan Germaine of Penthouse Records. He later changed his stage name to I-Octane for reasons known to him. His first hit song ‘Stab Vampire’ was under the record label of Arrows Recording Company. He is now an independent artist after ending his 4-year deal with Arrows Recording Company. And that is it for the background. Now to the main business…

‘Nowadays friends’ was first released in April 2015 and introduced by Chimney records. I love his music because I find them educative enough. Some of his songs includes "Hurt by friends" which one way other relates to ‘Nowadays friends’.  It’s nevertheless an educative track. Sure one has to be wary of who he or she calls friend. It is important to know who your genuine allies are. Nobody wants Judas Iscariot in the midst. We all need confidential people around us. People we can confide and trust in. It’s only so unfortunate sometimes those whom we think we can rely on are the very ones who put our lives on the red line.

I-Octane tells us to better be wise when we are with friends. Mind what you say or do. You may never know which wolf is putting on the sheep’s attire.

I-Octane, you’ve got my thumbs up for this track but my trouble is how do you know who the real friend is? As Pappy Kojo would say “Realer Nu”, yes who is the realer nu? Our old adage says’ se aboa ka woa ne’fri wuntoma’ if I got the Twi right. It literally means ‘only an animal from your cloths can bite you’. A stranger can never harm you without the aid of someone near to you. Many great men fell because people closer to them, those they called family betrayed them.  For so, I-Octane says, “Open your eyes ‘round dem nowadays friends yah”.

An amazing and fascinating track it is and will ever be.

As human beings we cannot always agree. There surely must be a room for disagreement. Despite the great job done by I-Octane, what I don’t phantom is what he meant by ‘because dem worst than feminine gender’. Nowadays friends who could betray, kill, and disintegrate whatever one can think of unlovable friends have been compared with female gender. I’m afraid the stereotypes against women as being ‘wicked’ creatures still exist. On social media pages of people I do see posts about women and most of them are uncalled for. One read” Fear woman and save your life” I mean who gave birth to you?  A man? If she is or was wicked enough she would have aborted you before you were a day old.

If I-Octane had contextualized what he meant by Nowadays friends worst than feminine gender I would have sided with him. Thus some women bear the cause of what they’ve been tagged by as ‘worse’ creatures. I need not to say it all. I’m also a woman.

It also would be fallacious if his conclusion was based on a few experiences he had with some women, not necessarily his lovers, they might be his friends’ girlfriends or family. Experience they say is the best teacher but in this century you don’t wait to experience disappointment before you learn.

Women are not bad, worse nor worst. We are just as good as anyone can be. We are endowments for men. I don’t have to state our uniqueness and abilities.  That would be like asking to know the uses and benefits of a good diet.

Good work with a wonderful tune and lyrics. My thumbs are still up, I-Octane!

Read the lyrics below:

Suh dem a pray fi Jah, Jah, stop your blessings
Yeah, behind your back dem chatting bare things
But we never love a man yet
Suh a bwoy cyaa fk off wid him ratings
Things good dem seh fi call paw mi
But get in a trouble and call an si
A suh you a go know who have loyalty
From who a pree royalty

You better be wise round dem now a days friend yah

Open your eyes round dem now a days friend yah

Zagga, come yah suh meck wi reason nuh
Yo nuh si seh dem bwoy deh never real to you
Smile in a yo face turn round dem mean to you
You love dme blind, you open up your eyes now it reveal to you
Suh mi buss of the link just like a trojon
Caw dem slant like the hill you put yo house pom
Pagans nuh rate no man
Mi know that from so long 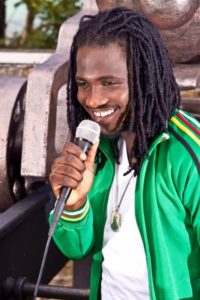