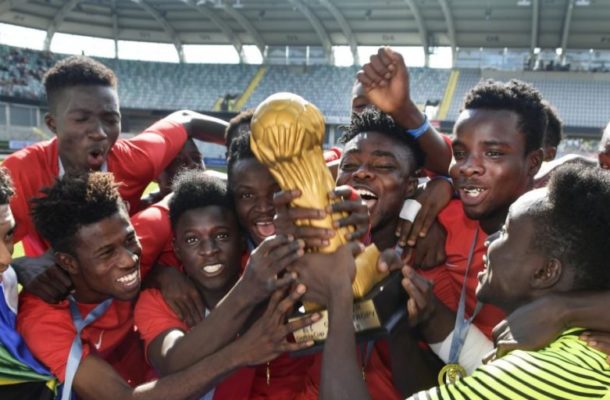 Ten-man Right to Dream Academy of Ghana beat Swedish giants IFK Göteborg 2-0 to win the 2018 Gothia U17 Cup on Saturday.

Danger man Kelvin Ofori gave the Ghanaian side the lead when halfway through the first half.

He had his shot almost cleared off the goal line – but instead the ball escaped the IFK defender’s leg and slowly rolled into the net.

Right to Dream had Solomon Adomako was unexpectedly sent off, following a situation where he tried to clear the ball and instead kicking IFK Göteborg’s Benjamin Nygren instead.

Keanin Ayer added to the lead with one minute left, scoring on a return by IFK keeper Elliott Källander.

Right to Dream Academy have now won the tournament for a fourth time.