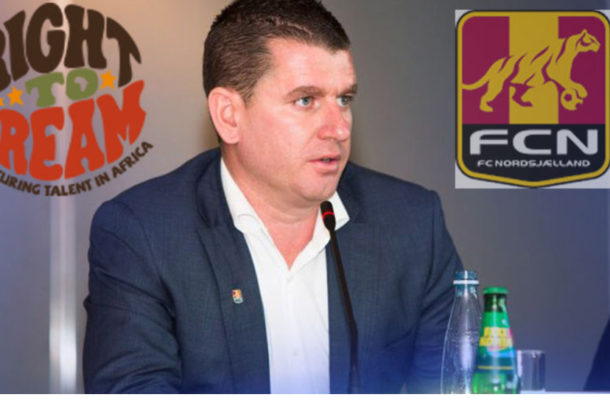 Founder of the Right to Dream Academy in Ghana Tom Vernon has attempted an explanation as to why European Academies generally fail in the West African Country.

The 40 year old Britt opined that clubs like Feyenoord, Red Bull and Ajax failed because they had tried to replicate exactly what goes in Academies in Europe to Africa.

“A few of the big European clubs had come in and tried to create academies in Africa, which failed spectacularly. We had the blessing (of) having no money. It’s a lot easier to make mistakes when you don’t have any money”

Right to Dream was started 1999 and since then 34 of their graduates have gone on to become professional footballers and 51 have studied at colleges and universities in the US and UK.

In January of 2016, Right to Dream bought FC Nordsjælland to give more opportunities to their graduates. They have 5 graduates in their squad now, including Godsway Donyoh and Ghana U 20 duo Ibrahim Sadiq and Mohammed Kudus.