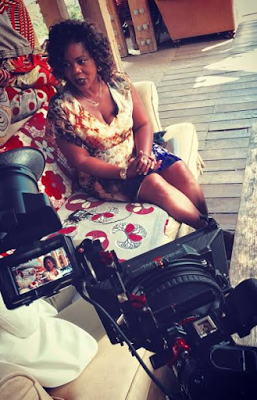 Around 12,000 Nigerian women who reached Italy by sea over the past two years are victims of trafficking, according to the International Organisation for Migration (IOM)

When one Nigerian teenager Beauty arrived in Sicily after crossing the Mediterranean from North Africa last year, she had only hours to phone the man who trafficked her or risk lethal repercussions for loved ones back home.

Before her journey through Niger to Libya, a spiritual priest practicing a form of black magic known in Nigeria as “juju” had forced her to swear an oath of obedience to her trafficker.

The threat of a “curse” if she broke her oath and the possibility of violence by her traffickers at home in Benin City, a hub for human trafficking, were enough to trap her into sex slavery.

"If I had reported him to the police, my family would have been in great danger," said 19-year-old  Beauty, as she recalled the events of last summer. At the (migrant) camp a man came to pick me up in a car. I got into the car and I was taken away."

Young, exhausted and vulnerable, many victims report being told that prostitution is the only way to repay hefty debts ranging from €25,000 to €100,000 to their traffickers, Italian charities say.

Fear plays a large part in the juju rituals, with pubic hair, fingernails and blood collected from the victim as she is made to swear never to report her situation to the authorities, rights groups say.

In some cases, fearing the juju “spell” may be turned on them and they may die, Nigerian parents insist their daughters obey their traffickers, testimony from Italian court documents shows.

Beauty only learned later that she had been trafficked, and that the man who had brought her to Europe, a friend of her father’s, now demanded she pay back €25,000 by working as a prostitute.

"My pimp was a nice man. I think he was a good man," she told the Thomson Reuters Foundation in the security of the safe house where she now lives.

But as she provided sex services for dozens of Italian clients in a town in southern Italy, a tyranny of abuse unfolded, she said.

"The man pimped me. His girlfriend beat me."

With numbers of Nigerians rising in Sicily, prostitution is a thriving business, campaigners say, though nobody knows exactly how many women end up plying their trade on the streets.

Close to the vibrant cultural centre in the island’s southeastern port city of Catania, six or seven African women posed outside shuttered-up shops at night as teams from a local charity, the Penelope Association, offered support and advice.

"The women need help to reintegrate in society," said Oriana Cannavo, head of the charity’s Catania branch, nodding towards a woman in a short turquoise dress sauntering up and down the pavement.

The offer of support is a delicate one, Cannavo said, because the girls are already in the psychological clutches of their traffickers. The number of Nigerian women arriving in Italy is accelerating, complicating the task of law enforcement agencies determined to keep tabs on the location of pimps or their female brokers known as “madams”.

The new arrivals are also stretching the workload of the IOM, the UN refugee agency (UNHCR) and local charities, aid workers say.

"It is reaching a stage where it is out of control," said Margherita Limoni, a legal advisor with the IOM in Catania.

The number of Nigerian women arriving in Italy has almost doubled in the past year, surpassing 6,300 in the first eight months of 2016, up from 3,400 for the same period last year, according to the IOM. Unaccompanied children from Nigeria, some as young as 10 or 11, have also flocked to Italy. Around 1,700 arrived in the first eight months of this year, while 1,000 came during the whole of 2015, the IOM data shows.

Although minors are offered state protection, Beauty was not eligible for this as she was already 18, she said. After running away from her pimp late last year, she fled to the local office of the Penelope Association, which found her a place in sheltered accommodation late last year.

Beauty is one of 45 people the charity aims to support this year by finding them a place to live and employment in restaurants, well away from the preying eyes of traffickers, Cannavo said.

But the assistance is not always accepted. Seven of Beauty’s friends slipped back into prostitution out of fear of their pimps, or loyalty, the teenager said.

"Many times the girls see their pimp as a benefactor who is trying to improve their lives,” said IOM’s Limoni, who briefs newly arrived migrants about the dangers of trafficking. "They trust them 100 percent."

Victims are also put off from fleeing pimps by actual stories of families being targeted or killed back in Nigeria, a reminder of the need to fulfil their obligations or stick to their juju oaths, another Sicily-based campaigner said. If a girl breaks her juju oath then she loses the spiritual protection, or so they believe, said Vivian Wiwoloku, president of the charity Pelligrino della Terra.

"There was one Nigerian girl some years ago who abandoned prostitution. Then someone was really sent to her home in Nigeria to kill her brother," said Wiwoloku in his small office in the island’s main city of Palermo.

Wiwoloku, also from Nigeria, said his charity work, helping more than 400 women abandon prostitution since 1996, was not without its dangers. His car has twice been set on fire.

"When you try to help somebody not everyone will be happy," he said.

The IOM’s Margherita Limoni agreed that the strong spiritual and psychological grip of Nigerian pimps, madams and traffickers makes it harder to support the victims.

"The traffickers are getting smarter and smarter by the day," she said

Check out this much watch report by Myriam Francois, a journalist presenter with TRT World and BBC1, on Nigerian Women and Italy's Sex Trade. She also spoke with Princess, a former Nigerian sex trafficking victim. 42-year-old . 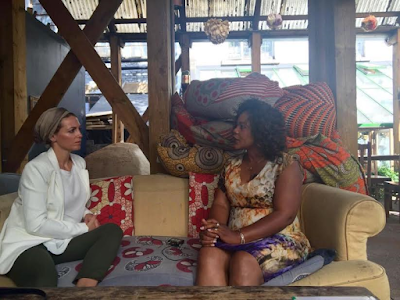 Princess Inyang Okokon was lured by the promise of work as a chef only tobe forced into prostitution. She managed to pay off her debt with the help of a priest and Alberto Mossino, an Italian who later became her husband.  In 1999, Albero and Princess set up an NGO to help migrants and women involved in trafficking in Italy. They have helped more than 200 women come out of prostitution.

Watch the video below...