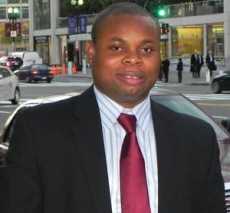 Policy Think Tank, IMANI Africa, has warned that the government’s plan to finance its part of the $2 billion Sinohydro Chinese agreement may leave the country with abandoned projects or judgment debts.

In a seven-page critique of the agreement, IMANI said the government had no contingency plan to finance its obligations to the deal especially when the move to put up

The government has sealed an agreement with the Chinese government to sell Ghana’s bauxite to China’s Sinohydro Group Limited and in return receive $2 billion to undertake infrastructural projects in the country.

The agreement among others will fund the infrastructure projects in Ghana, including roads, bridges, interchanges, hospitals, housing, railway development as well as rural electrification.

“Without rigorous attention to every detail, Ghanaian leaders risk bungling these projects (as happened in the past and is happening in other African countries) and Ghanaian citizens would be left carrying the can,” IMANI warned.

IMANI further observed that the lack of a contingency liquidity plan “is exposing Ghana to considerable financial risk in this whole project.”

“We may wake up at some point to discover that unless we are willing to tolerate partially abandoned projects or judgment debts, we must activate the advanced payment clause in the master project support agreement (MPSA) for “early work” and thus commit to pay substantial sums to properly prosecute any part of our responsibilities under the foregoing agreement.”

The Think Tank added that “all we have by way of a financing plan is some hazy projections based on alumina we don’t have and joint ventures we haven’t signed.”

IMANI thus suggested that it would be much wiser to invest these funds in advancing the integrated bauxite project itself.

The Minority in Parliament is insisting that the $2 billion bauxite deal is a loan despite attempts by the government to make Ghanaians believe it is a barter arrangement that will not bloat the country’s debt stock.

According to the Minority, the agreement is similar to the $3 billion petroleum-based China Development Bank (CDB) loan agreement the country went for when it wanted to build its gas infrastructure.

Find below an excerpt of the IMANI Alert

CHINA IS NOT THE PROBLEM

OUR LEADERS MUST BE THOROUGH

As staunch critics of the “development cooperation model” pushed by the West in Africa for decades now, we have always welcomed China’s strictly transactional approach as a means to unsettle the status quo. But there is a caveat. African leaders, in Ghana and elsewhere, need to take responsibility for whether or not Africans get a good deal. There are no “multilateral development institutions” and jargons of “good governance” to hide behind now. Africa and Ghana need leaders that are savvy, detail-oriented, and strategically brilliant to avoid being out-negotiated, dominated and out-maneuvered by Chinese negotiators, who are among the best in the World. That is why IMANI continues to put the spotlight on Government actions involving Chinese dealmaking.

Without rigorous attention to every detail, Ghanaian leaders risk bungling these projects (as happened in the past and is happening in other African countries) and Ghanaian citizens would be left carrying the can.

In the discharge of our civic duty, IMANI has pledged to be thorough in reviewing every bit of every deal in the Sino-Ghanaian relationship that we consider strategic. Just as we did in the case of the CDB loan.