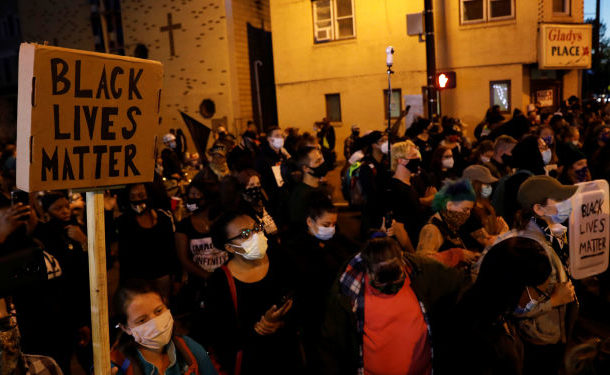 MOSCOW (Sputnik) - Rochester Mayor Lovely Warren announced police reforms in the city amid protests and calls for her resignation following the death of Daniel Prude, who had a spit hood placed over his head when law enforcement officers were restraining him during a mental health crisis.

"We had a human being in need of help, in need of compassion. At that moment, we had an opportunity to protect him, to keep him warm, to bring him to safety, to begin the process of healing him and lifting him up. We have to own the fact that at that moment we did not do that", Warren told reporters on Sunday. "I can't bring him back, none of us can, but what I do have the opportunity to ensure is that his memory creates everlasting change", the mayor stressed.

Asked whether she had contemplated resigning, Warren said she was committed to seeing through the necessary reforms in Rochester. According to the mayor, there were plans to "reenvision our police department" but this work will not be done in a week. Consistent efforts will be required over the coming months and years, Warren said.

"We are doubling the availability of mental health professionals. At the suggestion of [City] Council Vice President [Willie] Lightfoot we will take our family crisis intervention team out of the police department and move it and its funding to the Department of Youth and Recreation Services where our Pathways to Peace program already resides to better and more humanely serve our residents", she said.

Police Chief La'Ron Singletary said at the Sunday press conference that he was working with experts to get outpatient services for those who struggle with mental health issues. Singletary recognized the need for police reforms, particularly in what concerns mental health, but said that reports of his resignation were a "rumor". Warren expressed support for Singletary.
On Sunday, more than 1,000 people participated in protest action in Rochester, New York.

Here’s a look at tonight’s scene as protests continue in Rochester. Watch @13WHAM at 10 and 11 for updates. pic.twitter.com/pK0YYPLJYl
— Theophilus Kendall (@Therealtkendall) September 7, 2020

"Today’s protest has over 1000 people in attendance! Let’s work together to keep everyone safe!!" the Rochester Police Department said on Twitter.

Today’s protest has over 1000 people in attendance! Let’s work together to keep everyone safe!!
— Rochester NY Police (@RochesterNYPD) September 7, 2020

At least 1,500 demonstrators participated in the Saturday protest march in Rochester, New York, throwing bottles, rocks, and fireworks at law enforcement officers. According to police, pepper balls and tear gas were used to disperse the demonstrators on Saturday. Warren said on Sunday that the use of pepper balls and tear gas has "escalated" the situation.
Also on Saturday, New York Attorney General Letitia James said in a statement that her office was moving to empanel a grand jury as part of the investigation into the death of Daniel Prude, which has sparked major protests in Rochester.
Prude's family is calling for the police officers involved in the death of the 41-year-old African-American to be fired and criminal charges to be filed. The grand jury would determine whether charges should be brought in Prude’s case.
Earlier this month, Warren announced that she had suspended police officers suspected of being involved in the death of Prude.
Last week, the Rochester Police Department released a disturbing video of body camera footage (dating back to March) showing police officers approaching Daniel Prude who was running naked through the streets at night. Prude’s family had called 911 saying he was going through a mental health emergency.
According to the video footage, Prude complies with police orders, but after he is handcuffed he starts to shout and spit. The officers then place a spit bag over his head and pin Prude to the ground. Eventually, Prude vomits and appears to go lifeless some minutes later. According to Prude’s family, he died of asphyxiation on 30 March.