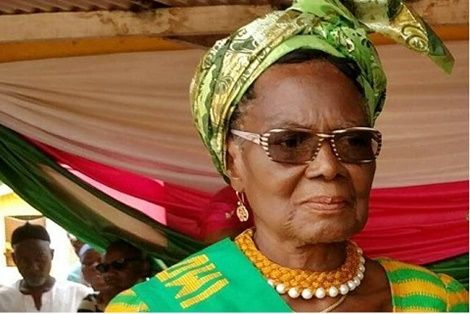 The first female parliamentarian for Dangme East, Eunice Ohui Ametor Williams has advised Ghanaian men to take the act of foreplay serious during sexual encounters with their partners.

"Romance your wives thoroughly before the substantive sexual act of penetration, do not just hop on them,” she advised at a durbar to mark International Women’s Day at Ada.

Mrs. Williams associated romance to creation, saying Adam and Eve began to play romance when the latter was created out of the former's ribs and brought to him.

"He was happy to see Eve brought to him and said she is the bone of my bone, and flesh of my flesh as they both entangled in romance," she added. Romance she observed, began right in the Garden of Eden and must not be overlooked.

She therefore cautioned couples against downplaying romance during sexual intimacy since it is biblically based. She said the absence of romance could jeopardize their marriages.

Eunice Ohui Anetor Williams together with Mary Akuteye were recognised and duly rewarded for their sterling role in the empowerment of women in the Ada Traditional Area.

The women group go by the slogan "Yo hu peor, se nyumu hu pie he" literally meaning women can also do it by the support of men.