Russia has dropped charges against a journalist after protests 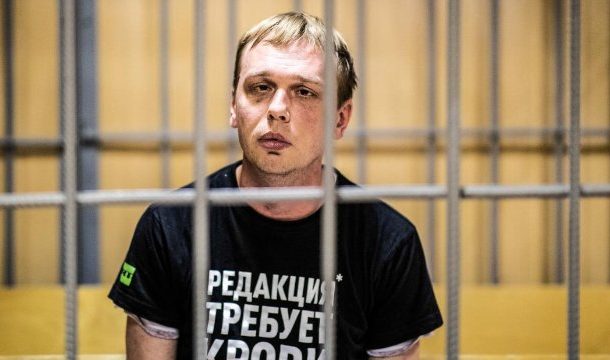 It was a remarkable and unexpected reversal: On Tuesday, Russian authorities dropped a criminal case against prominent investigative reporter Ivan Golunov after a fierce backlash against his arrest caught the Kremlin off guard.

Now the question for some Russians is whether to celebrate, or keep the protest momentum going.

Golunov, a reporter for the independent news website Meduza, was freed from house arrest after Russia's Minister of Internal Affairs, Vladimir Kolokoltsev, announced the case was dropped because of a lack of evidence.

"According to the results of biological, forensic and fingerprint examinations and DNA testing, a decision was made to terminate the criminal prosecution of citizen Ivan Golunov due to the lack of evidence of his participation in the crime," Kolokoltsev said.

Golunov was detained Thursday in Moscow on drugs charges his supporters said were fabricated.

The police officers who arrested Golunov were suspended from active duty, and Kolokoltsev said he would request the dismissal of two top interior ministry officials -- chief of internal affairs at the western district of Russia, Andrei Puchkov, and head of the Moscow directorate for drug control at the Ministry of Internal Affairs, Yuri Devyatkin.

A Russian journalist was arrested on drug charges. The backlash has blindsided the Kremlin

That in itself was an unusual turn of events: It is rare in Russia to see the authorities reverse position, particularly in the face of street protests. Last year, for instance, the Russian government rolled out deeply unpopular pension reforms, despite a wave of street demonstrations.

Golunov, best known for reports on official corruption, drew support from across Russia's political spectrum after his arrest on a drugs charge.

Russia's embattled political opposition rallied along with his colleagues. But it was striking to see statements of solidarity coming even from Kremlin loyalists and state media personalities.

"The last time I was this happy for my country, I was strolling down Nikolskaya Street [in Moscow] during the World Cup," said Margarita Simonyan, the editor-in-chief of Kremlin-funded network RT.

Even Liza Peskova, an Instagram celebrity who is the daughter of Kremlin spokesperson Dmitry Peskov, posted a photo of herself holding one of the newspaper front pages that ran in solidarity with Golunov, headlined, "I/We are Ivan Golunov."

Golunov meant different things for different people. For some, his case put the spotlight on police corruption, and his release was a tacit admission of a widespread police practice of planting drugs on criminal suspects.

Then there was the issue of press freedom. Golunov, an investigator of municipal corruption in Moscow, plies a dangerous trade: Many Russian journalists who probe the murky affairs of local officials face intimidation, harassment and even violence.