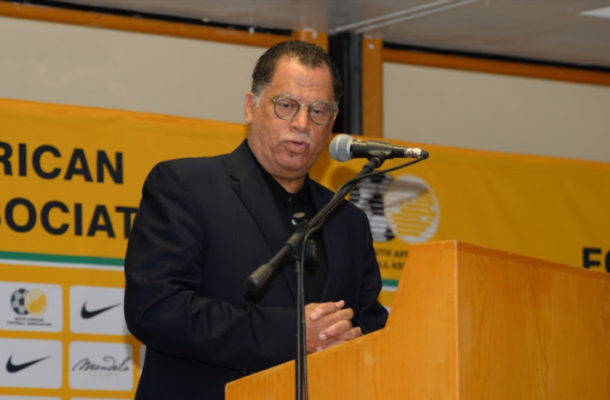 South African Football Association (SAFA) president Danny Jordaan says they will never turn their backs on the Confederation of African Football (CAF) even after the continental body's snub of SA’s bid to host the 2019 African Nations Cup.

Egypt will host the 24-nation June 15 to July 13 event after beating South Africa‚ the only other nation in the running to host the event‚ by 16 votes to one with one abstention at a CAF executive committee meeting last week.

CAF had asked SA‚ the only African nation to host the Soccer World Cup (in 2010)‚ to consider stepping in as emergency hosts after Cameroon was stripped of staging duties in November last year due to fears over security and delays in preparations.

But when it came to the crunch‚ the CAF executive overwhelmingly voted in favour of Egypt in a decision that many viewed as a payback for SA’s decision to back the winning Canada/Mexico/United States 2026 World Cup bid instead of sole rivals Morocco.

SA previously stepped as emergency host of the African Nations Cup in 1996 after original hosts Kenya pulled out because of their government's lack of financial backing and slow pace of preparations‚ and in 2013 when Libya withdrew due to the Libyan Civil War. SA has also stepped in to host continental junior tournaments at short notice.

Asked if SAFA would agree to bail out CAF again in future after the snub‚ Jordaan insisted on Thursday that they would never turn their backs on the continental body.

‘‘We did that in 1996 when the Afcon was awarded to Kenya and when Kenya could not deliver‚ they (CAF) came very late to us and we agreed (to host).

‘‘In the case of 2013‚ that was awarded to Libya‚ and you know what happened in Libya then. They (CAF) came and asked us ’are you ready to help‚’ and we said ’yes we are ready to help.’

‘‘In this case (the 2019 Afcon)‚ there are two countries (SA and Egypt) ready to help but they can only chose one of the two.

‘‘But if they (CAF) come back again and say ’are you ready to help‚’ we would be reluctant to say ’No’.”

Jordaan also revealed that he actually wanted to withdraw from the race to host the 2019 continental showpiece last month when he realised that the political scales were tipped heavily against SA.

‘‘One thing I can disclose to you is that I phoned some of the people (in SA) and I wanted to withdraw because I could see that we were just going to have difficulties‚” he said.

‘‘But others felt that no‚ we should not withdraw. You see‚ in football and in these decisions‚ you win and you lose some.

‘‘I don't want to speak on matters in Egypt‚ that’s for Egypt to talk about their state of readiness (for the 2019 Afcon).

‘‘I do have a view but I am not going to express a view on behalf of another sovereign independent country.”