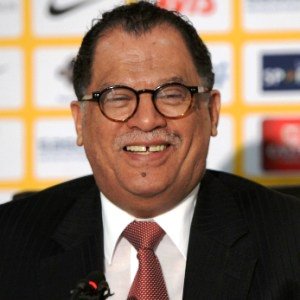 No doubting Danny Jordaan's adept qualities as a salesman, but the SAFA president appears to have overlooked the decline in the achievements of flagship and benchmark Bafana Bafana since 2002, while lauding South African soccer's controlling body following the recent qualification of Amajita for FIFA's under-20 World Cup event in Poland.

No matter what the achievements of the other national teams - and this is not meant to minimise Amajita's sterling effort or that of Banyana in reaching the finals of the FIFA women's World Cup in France - but like any other country universally the status of South African soccer will largely be judged on the record of the men's senior team.

And, in this respect, Bafana will need to make up a good deal of lost ground after failing to qualify for a Soccer World Cup tournament since 2002 - the 2010 appearance was based solely on the hosting of the event - and steadily slipping from an all-time high world ranking of 16th some 20 years ago to a current modest 74th place.

At the same time, South Africa earned the dubious record of becoming the only hosting country to be eliminated in the opening round of a World Cup tournament.

In addition, the tendency of SAFA and some others in the country to emphasise qualification for FIFA tournaments rather than what is achieved at the events is clouded with a degree of delusion and can do more harm than good.

For example, Amajita have played in three previous under-20 World Cup tournaments, but won only one of 10 games played.

Overall, South African teams have qualified for nine World Cup events since the re-admission into world soccer by FIFA in 1992, but on only one occasion progressed beyond the opening round.

In women's World Cup under-17 games, South Africa have lost five and drawn one. The women's under-20 team have yet to make it past the World Cup qualifying stage and the men's under-17 side did not win any of their three games.

Where a good deal of praise is due is to 48th world-ranked Banyana, who under award-winning, down-to-earth coach and former star Desiree Ellis have scaled their highest-ever level of performance this year and their performances at an initial women's World Cup appearance in France in June and July will be followed with interest and some degree of expectation and realism.