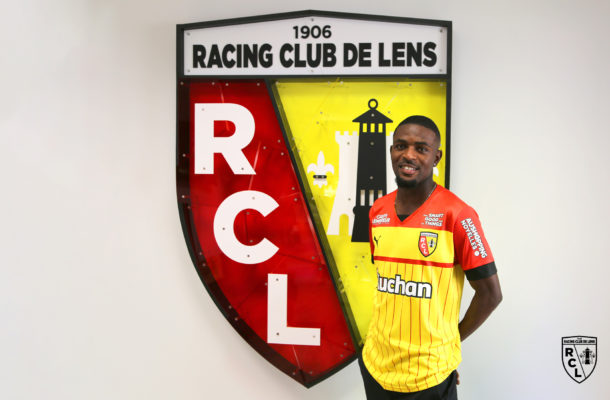 The transfer is believed to have cost RC Lens 5million Euros plus add ons for the versatile Ghanaian player who can play in several positions.

The versatile player was very impressive for his former side Clermont Foot in the French Ligue 1 and helped his side beat relegation to Ligue 2.

RC Lens Sporting Director, Florent Ghisolfi says that the signing of the Ghanaian midfielder was priority for his side.

Revelation of the season on the Clermont side for his first year in Ligue 1, Salis Abdul Samed caught the eye of the Sang et Or leaders following high-ranking performances in the elite. Aged 22, he will now be able to develop in the midfield of the RCL .

Asked about his arrival, Racing 's sports coordinator , Florent Ghisolfi , explains why the Ghanaian's arrival was important for the Lensois club  : "  We are happy to confirm the arrival of Salis, a player who we have been following very closely since many months. He was our priority at the post. He is a player who has a high volume of play and running, and a lot of intensity. Salis is a complete midfielder, influential in both defensive and offensive aspects, but whose development potential remains significant. His qualities, his commitment and his generosity fully include Salis in our project.

Salis who is adept at playing at center back, in midfield and as a fullback was keen to leave Clermont Foot for pastures anew.