Sensational dancehall artist Samini has taken to social media to express his belief in the talent of fast rising junior industry player Bastero.

In an Instagram post, the MOBO award winner and influential Ghanaian musician described Bastero as "one very humble ghetto superstar" he knows.

Among the wide range of people who "liked" Samini's endorsement post is dancehall artist Stonebwoy.

Samini recently showed up at Bastero's birthday party which was also attended by Tinny, Jupitar, Luther and a host of others where he reiterated his belief in the young artist. 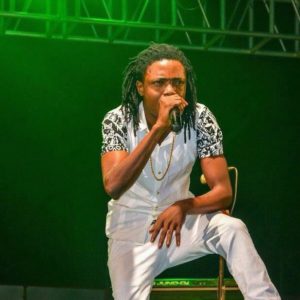 Real name Basit Ibrahim, the leader of TCM (Terror Clique Movement) who is signed to Finish Point records broke out from Accra Newtown after initially gathering momentum in "Sweet Apple" a section of Newtown.

Bastero who boasts of a very vibrant following in the "zongo" communities notably Accra Newtown has crowd-moving songs like "watayaariya", friend enemy, biegya and a host of other songs under his belt.

He has performed on various stages including the annual Sallahfest show hosted in Nima by VVIP.

Prior to the 2016 general elections, he hosted a peace concert on his home grounds Newtown which drew large numbers of people across the country.