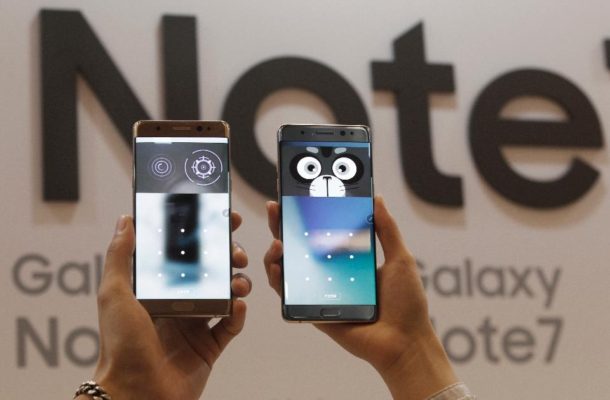 Just as Apple is about to announce its big annual iPhone update next week, its No. 1 rival, Samsung, is being hit with the worst possible news.

The Korean electronics giant is expected to recall its Samsung Note 7 phablet following reports that some phones "explode" while charging because of a battery problem,  according to Korean news outlet Yonhap News Agency. The Note 7 is currently Samsung’s top-of-the-line device. It went on sale on August 19 in 10 countries, including the United States, and it received glowing reviews.

Yonhap quotes an unnamed Samsung official who said that the problem appears in less than 0.1% of the phones sold. The report says that the recall announcement will unlikely be made Friday, because of ongoing conversations about the problem with Verizon and other partners.

A Samsung spokesperson declined to comment on the report but provided the following statement: “In response to questions on Galaxy Note7, we are conducting a thorough inspection. We will share the findings as soon as possible. Samsung is fully committed to providing the highest quality products to our consumers.”

In a review published last month, the Verge gushed that “The Note 7 is Samsung’s best device ever, and arguably the best big phone ever made.” Reviewers praised its sleek design with metal and glass materials as well as an improved stylus, called the S Pen, for taking notes and drawing pictures. Samsung has sold more than 400,000 Note 7s through pre-orders and had yet to ship all of them, according to The Korea Herald.

Before the launch of the Note 7, Samsung had been in the midst of a revival. Thanks to the successful launches of the Galaxy S7 and S7 Edge phones, Samsung recently enjoyed its most profitable quarter in two years. Meanwhile, Apple reported that iPhones sales have dropped again (for the second time) and profits slipped by 27% in its most recent quarter.