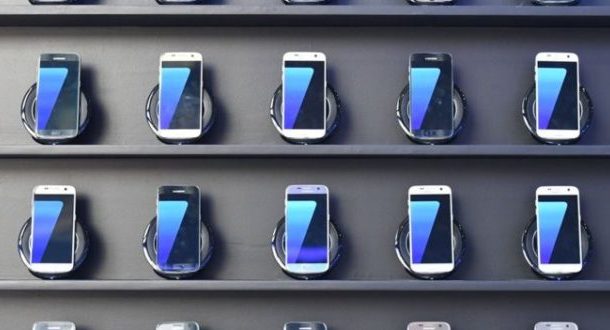 Samsung is working to bring some features of its ill-fated Galaxy Note 7 phone to its S7 and S7 Edge devices.
In October, the Galaxy Note 7 was recalled and discontinued after reports that some handsets were catching fire.

Samsung told the BBC it would “enhance” the S7 and S7 Edge with new features.

One analyst suggested the company was hoping that people returning their Note 7 would be tempted to stick with a Samsung phone over newer rivals.

“Normally, Samsung launches a flagship phone twice a year,” said Ian Fogg, analyst at IHS Markit. “Now effectively the S7 Edge is its flagship for the rest of the year.

“They need to do everything they can to make it competitive against newer rivals such as the iPhone 7 and Google Pixel.”

The first changes have been made to the “always-on screen” feature, which has been updated to more closely match the functionality of the Note 7.

The “always-on screen” can display photographs, a clock and notifications while the phone is idle.

“We have issued a software update delivering certain feature enhancements to the Galaxy S7 and S7 Edge, which offer a more convenient and customisable mobile experience,” said Samsung in a statement.

The update has not yet been rolled out in Europe, and software developers on one message board said it still had some bugs that needed ironing out.

“They want to take some of the innovation they had on the Note 7 and add it to the S7, but the challenge is that they have different hardware,” said Mr Fogg.

“The Note 7 had a stylus and an iris scanner for unlocking the device. They might manage to add some software features to other Samsung phones but not everything will be possible.”