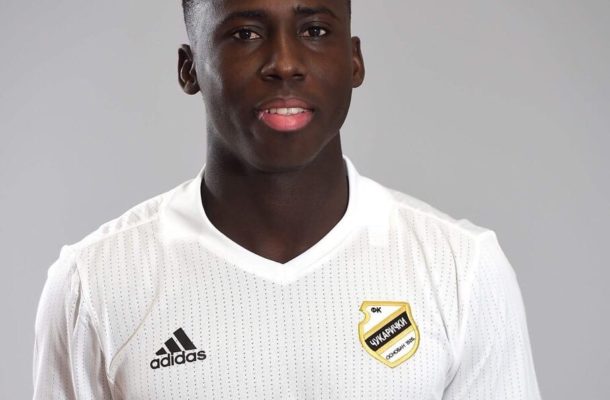 Ghanaian International Samuel Owusu has been sidelined by Club Al Fahaya after being diagnosed of illness.

The illness is unamed but the Black Star winger has been ruled off the team clash in the Mohammed Salman Cup.

The coaching staff, led by Al-Faihaa soccer coach Jorge Simao, decided to relieve striker Samuel Owusu because of a health risk.
"Simao had conducted various fitness and tactical exercises in preparation for the cooperation meeting tomorrow within the 15th round of the Mohammed bin Salman Cup, before he imposed a maneuver on the entire stadium in which he applied the tactical approach that he would follow in the face of cooperation," club information says.

On the other hand, Abdullah Abanmi, the club president, affirmed that the administration is keen to preserve the rights according to what is guaranteed by the regulations.

The Ghanaian winger joined the Saudi Arabian top-flight side in August 2019 on a three-year deal after ending his spell at Serbian side Čukarički.