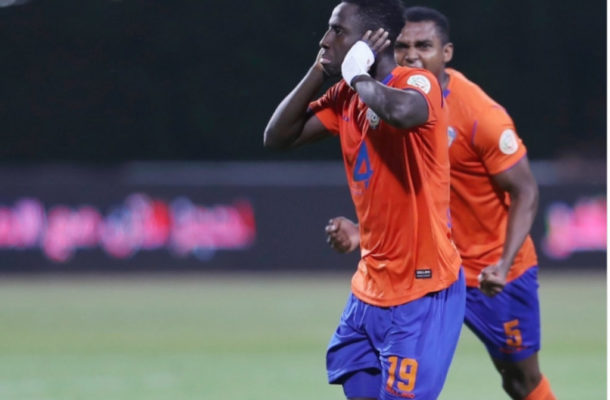 On song Ghanaian winger Samuel Owusu was on target for his Saudi Arabian side Al Fayha as they recorded a 2-1 win over Al Jeddah on Thursday evening.

The home side recorded a morale boosting win over Al Jeddah in their match day 29 game at the King Salman Sport City Stadium.

Al Fayha were quick of the blocks and it did not take long as they made their dominance count with a fourth minute goal from Samuel Owusu.

The goal did not kick the away side into action as Al Fayha increased the tally in the 32nd minute as Nigerian International Tunde Adeniji added the second goal of the game.

An own goal in the second half from Soualio Outtara gave the visitors what was only a consolation goal of the match in the 73rd minute.