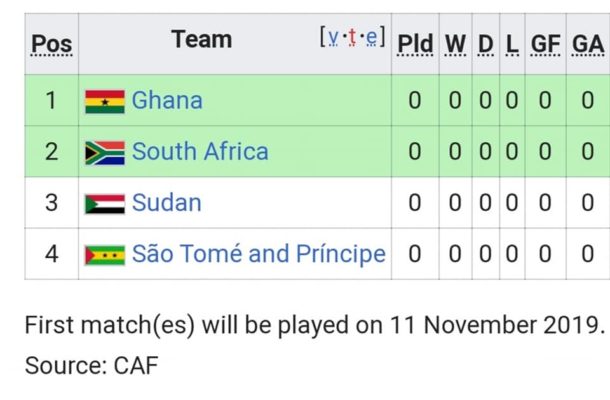 The Black Stars of Ghana are now certain about their AFCON 2021 qualifying opponents after Sao Tome and Principe progressed from the priliminary rounds to join them in group C.

The island nation produced a spirited performance to see off their southern African rivals Mauritius 4-2 on aggregate to make it to the final round of the Qualifiers for Africa's flagship football showpiece.

Sao Tome and Principe will now join Ghana, South Africa and Sudan for the Qualifier which begins in November this year.

Meanwhile, Sao Tome, whose football have been on the ascendancy over the past few years are seeking for a maiden AFCON appearance.