Sarkodie fights 'arrogant' tag; claims he doesn't know how to react to fans 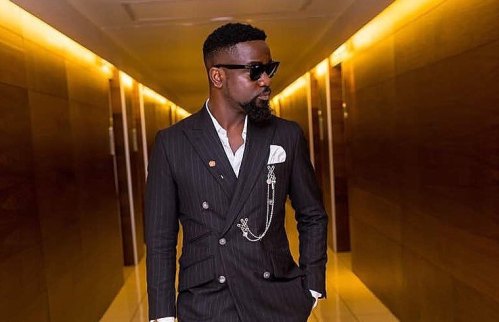 Multiple Award winning Ghanaian rapper, Sarkodie, has reacted to several claims that he is 'rude' and 'arrogant' by some of his fans.

The 'Highest' rapper who was answering questions to his fans on Facebook, said people who tag him as arrogant don’t really know who he is.

Sarkodie has been accused by many media personalities and fans of being rude with the recent accusation coming from Controversial blogger Chris-Vincent Agyapong Febiri.

According to the editor of Ghanacelebrities, Sarkodie snubbed a female fan in a very embarrassing and arrogant way.

He noted that Sarkodie who was walking around with an 'angry face',gave the woman a rude response by ignoring her.

However, the 2012 BET award winning rapper explained that he doesn’t know how to fake emotions, adding that even though sometimes it experience a particular emotion, he is unable to show it.

“I had that conversation with a friend about how I am as a person, and people get to misunderstand it. They misinterpret it. They call it arrogance or he’s not friendly but everybody is different. I’m the type of person that if someone is sick at the hospital I wouldn’t be able to cry but I might be the one going through a lot seeing you,” he added.